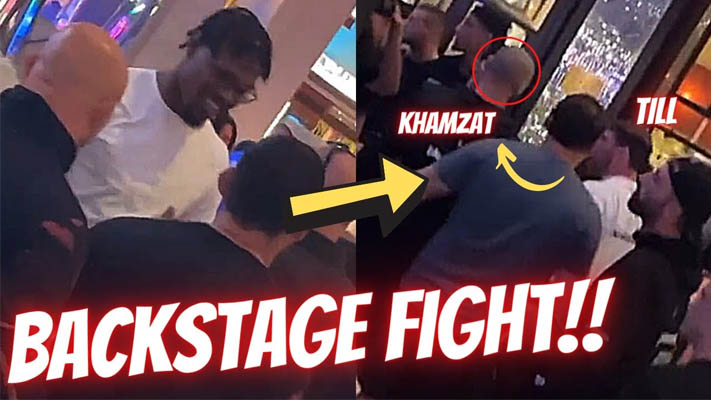 UFC president, Dana White, announced that the meeting has been called off after he learned about the backstage incident.

“This ain’t gonna happen (press conference) I apologize everybody. I’m in very weird waters here. This has never happened in the history of this company, so trust me when I tell you this is the right decision, not to do this press conference right now.”

Boos roared from the crowd, and everybody who had shown up for the presser was in clear dissent. Dana appeared to agree with the people’s reaction and said:

“I hear ya, I’m with ya. But for everybody’s safety, this is the right decision. I apologize, thanks for coming.”

The UFC middleweight, Darren Till, who also happens to be Chimaev’s training partner, shed some light on the entire situation between the Russian and Nate Diaz.

In an interview when he was asked, how everything played out, Darren Till replied:

“It was just normal. I don’t know if I’m saying that cause we’re fighters like it was normal cause we fight all the time.”

Till described the whole situation where his team was waiting while Borz was on his own backstage. When Dana canceled the meeting, Till, along with the entire crew, ran backstage to see what happened.

“Security was like Till don’t go. I was like one of you just told us Nate’s team is outside. Khamzat is staying in this hotel. They (team Diaz) are not staying, so if they’ve come here for one reason… it’s just team vs team… they’re gonna protect Nate and we’re gonna protect Khamzat.”

Darren Till believes a brawl could have broken out backstage

Till further said that it wasn’t an as big issue of an issue as people made out of it. He said:

“I think people on the outside build it up a little more than what it is. It’s like it is just what it is.”

Although Till said that a fight could have possibly broken out.

“Let me tell you one thing: most of them (Diaz’s team) are fighters. “Most of us are fighters. All this s**t like how I’m this, I’m that, most of us come from streets, most of them do. That’s what we’re used to doing (fighting). If we’re getting close, things are going to get said. Someone’s gonna look at someone… and then we’re going to roll in a fight, aren’t we?” he concluded.

Khamzat Chimaev also came out with a message after the whole altercation. He uploaded a video where he said:

The UFC still has the ceremonial weigh-ins to conduct; although, how things have transpired it’s dubious about whether it’ll take place or not. 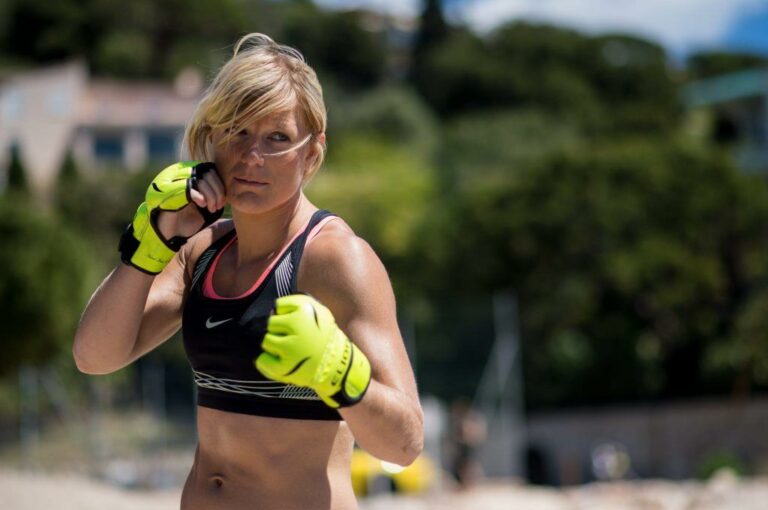 MMA Fighting confirmed with sources that Fiorot (7-1) will fight Mayra Bueno Silva (7-1-1) on Sept. 25 at a location still to be determined. The bout was first reported by Ag. Fight. Fiorot also confirmed the matchup via Instagram story. The news comes just days after Fiorot scored her second UFC victory at UFC Vegas… 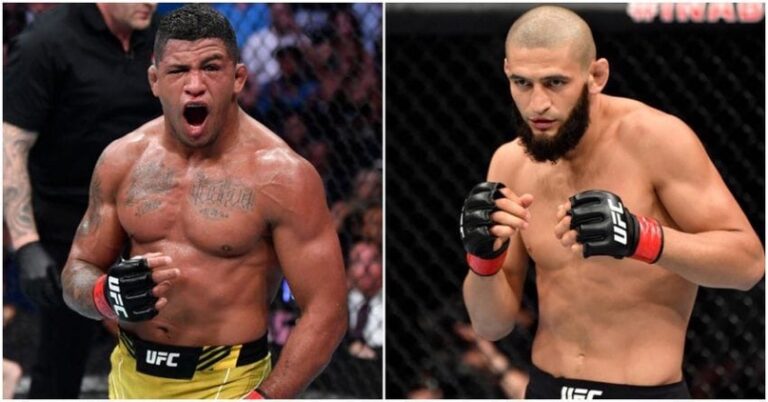 Josh Thomson and former MMA referee John McCarthy have suggested that Khamzat Chimaev will be tested in his upcoming fight against Gilbert Burns. In an edition of the Weighing In podcast, former UFC lightweight Thomson alluded to Burns’ outstanding grappling prowess. He noted that he’s seen the Brazilian jiu-jitsu savant dominantly out-grapple opponents much bigger… 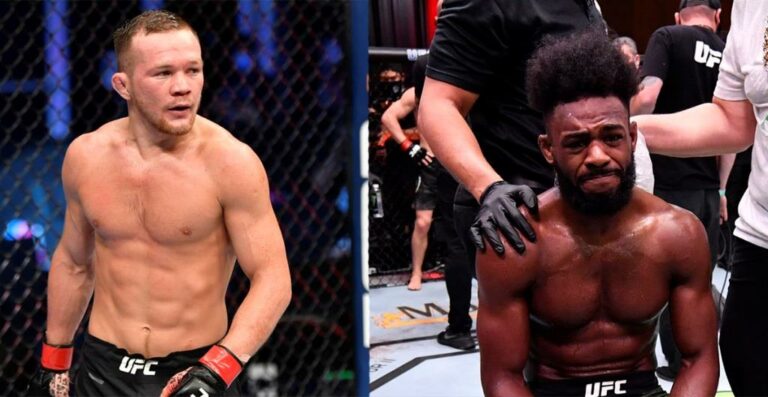 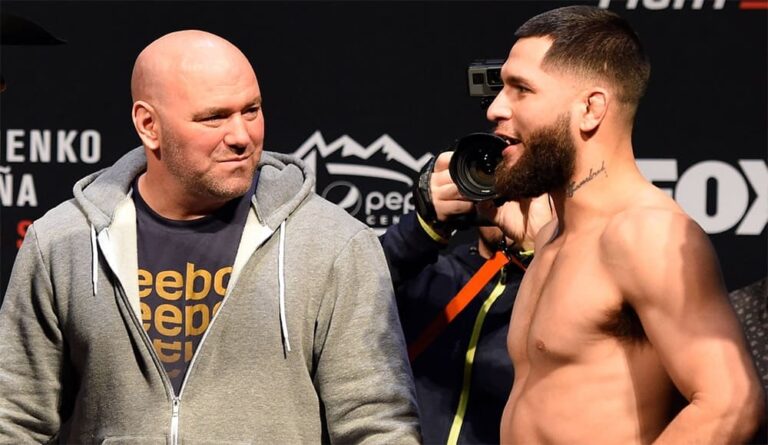 [vc_row][vc_column][vc_separator color=”black” style=”shadow” border_width=”10″][vc_column_text] UFC President, Dana White, reacted to a statement by Jorge Masviadal, who, after unsuccessful negotiations on the next fight, asked to be fired from the organization. “I think everyone wants more money,” Dana White said at a press conference in Las Vegas. “And this is not only in our sport –… 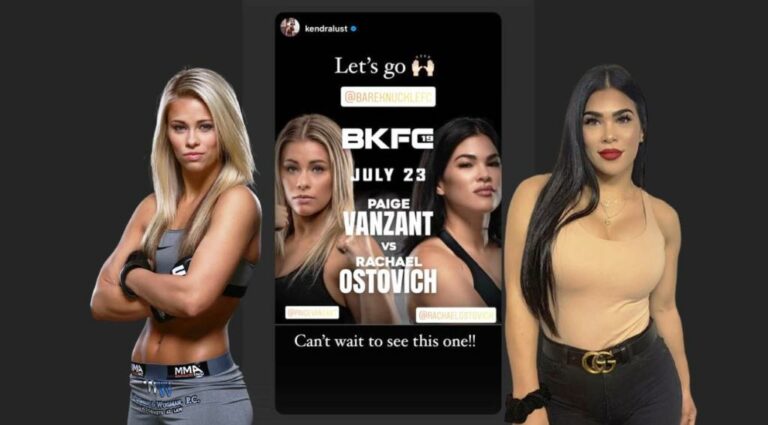 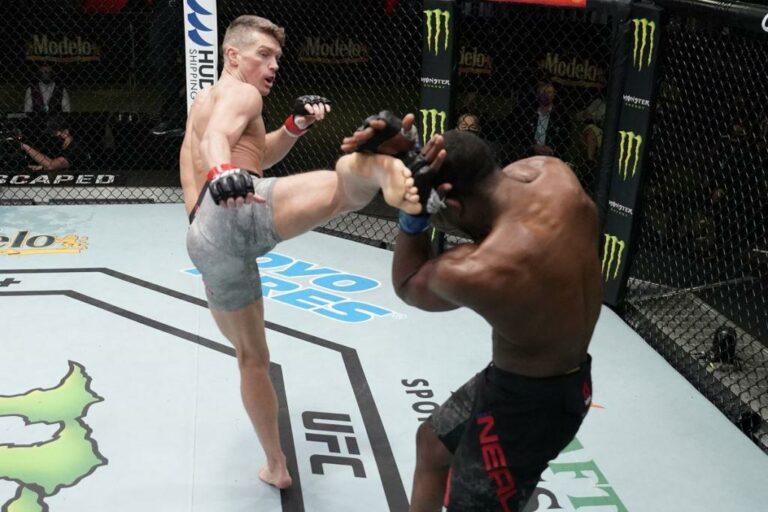 A selection of the most interesting moments and brightest highlights is available in a new video on the UFC Russia channel. The last tournament of this year took place tonight, the main event of which was the defeat of Geoff Neal in a fight against Stephen Thompson. More news from the world of mma and…