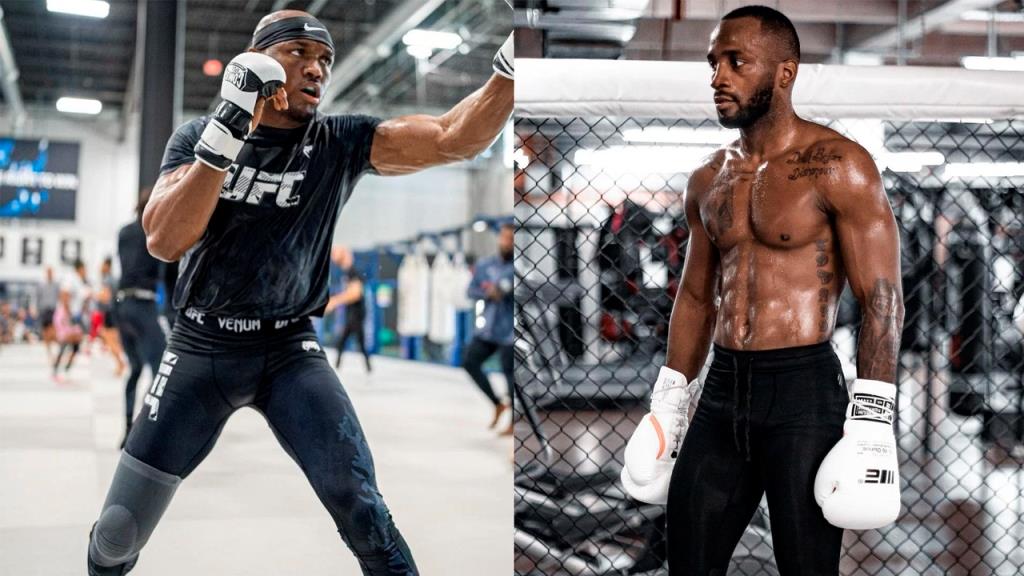 Leon Edwards has put forth his prediction regarding Kamaru Usman’s potential gameplan for their upcoming rematch. Their first fight against one another transpired in December 2015.

Back then, Usman was viewed primarily as a grappler, whereas Edwards was regarded as a striking specialist. In the ensuing years, both fighters significantly evolved their respective MMA skill-sets.

They’re currently heralded among the most well-rounded fighters in MMA.

In a video posted to Daniel Cormier’s YouTube channel, ‘DC’ notably recalled that in the first fight, Usman wanted to avoid striking with Edwards and was desperate to take him down.

The MMA legend suggested that Usman’s striking has considerably improved since that matchup. He asked Edwards if he feels that Usman would utilize a similar grappling-heavy approach akin to the first fight or if he’d stand and trade with ‘Rocky.’ Edwards responded by stating:

“I think he’ll be more willing to stand and trade with me.”

In response to Daniel Cormier noting that Kamaru Usman was almost panicking to take Leon Edwards down in their first fight, the latter replied by saying:

“Yeah, for sure, 100%. I think he’d be more willing to do it, but there’s levels to the striking. Now, what he does, he does it very well. He fights behind his jab. He’s very balanced. He just plods forward, landing straight shots. And I think once I start getting my striking off and being loose in there, he’s gonna go back to the first fight, which is trying to shoot for that single-leg [takedown] and pin me against the cage and hold me against the cage.”

UFC welterweight champion Kamaru Usman will defend his belt in a rematch against Leon Edwards at UFC 278 on August 20.

Watch Edwards discuss the topic at 6:55 in the video below:

Jon Jones told Georges St-Pierre who he intends to fight in the heavyweight division
Brazilian great Ronaldinho names his favorite Belgian footballer right now
Floyd Mayweather’s bodyguard getting knocked out by a bantamweight at RIZN 38 | VIDEO
Former Real Madrid manager on why selling Ronaldo to AC Milan helped them beat Barcelona
Chael Sonnen explains the appeal of Tai Tuivasa and how it holds him back from the UFC heavyweight title
Erik ten Hag knew exactly how Cristiano Ronaldo would react to being dropped from Manchester United’s starting XI
Floyd Mayweather Jr. continued to display his boxing royalty as he secured a TKO victory over Mikuru Asakura
Portugal boss makes bold comments about Manchester United superstar Cristiano Ronaldo
Sean O’Malley explained why he prefers Charles Oliveira in the fight with Islam Makhachev
Georges St-Pierre breaks down Charles Oliveira vs. Islam Makhachev at UFC 280