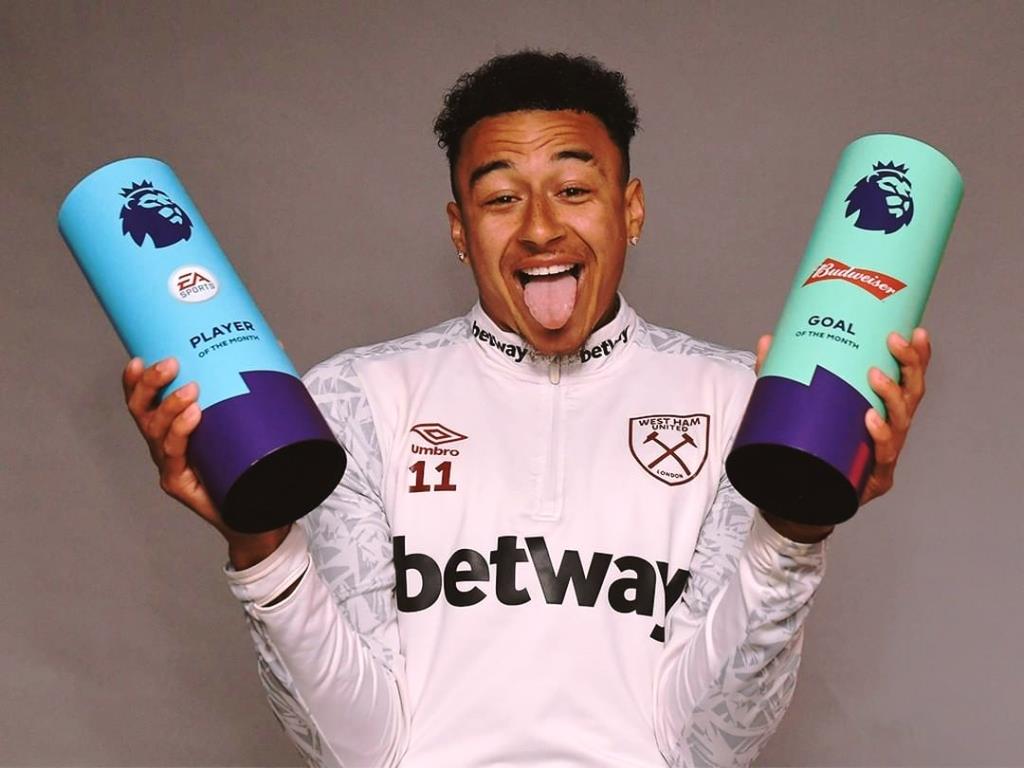 West Ham United winger adds to his EA SPORTS Player of the Month prize thanks to his solo run at Wolves.

Lingard, who has also been named the EA SPORTS Player of the Month, takes the prize for his superb solo goal for West Ham United at Wolverhampton Wanderers.

The Manchester United loanee made an incredible run from his own half and scored with an angled drive past Rui Patricio to set the Hammers on the way to a 3-2 win.

“I could see the defender next to me but I knew I had the pace to beat him,” Lingard recalls.

“I think Michail [Antonio]’s run was executed perfectly. He had to move and make the run for me to score the goal.

“As soon as I had the defender 1v1 I knew it was only the keeper to beat and I had to stay composed and put the ball away.”

Lingard becomes only the second player to win both the Budweiser Goal and EA SPORTS Player awards in the same month, after Man Utd’s Bruno Fernandes in June 2020.

It is the third time West Ham have won the Goal of the Month prize this season, following Manuel Lanzini‘s stunning strike against Tottenham Hotspur in October and Sebastien Haller‘s overhead kick versus Crystal Palace in December.

Lingard’s remarkable effort was chosen by a panel of experts combined with a public vote, beating seven other contenders.