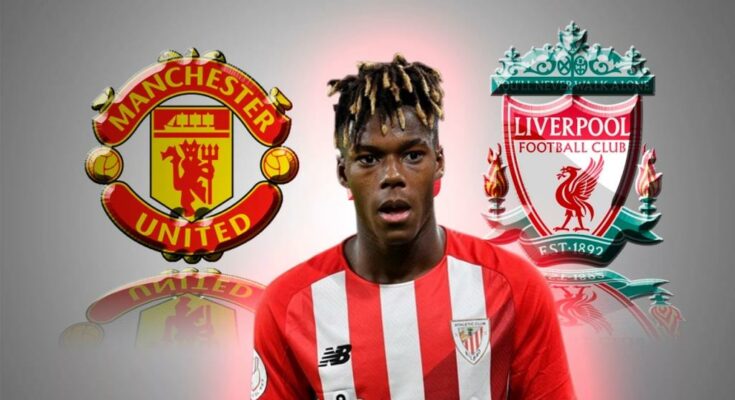 19-year old Athletic Bilbao teenager Nico Williams has come on both Liverpool and Manchester United’s radar. The two Premier League giants could battle for the young starlet’s signature this summer.

Williams has capitalized on his first-team opportunities for the La Liga side, proving that he is one for the future. He could seal a move to the Premier League as a result.

Spanish outlet Fichajes reported that Manchester United and Liverpool could lock horns in the transfer market for the signing of the Athletic Bilbao star. The 19-year old is a product of the Spanish club’s youth academy. His older brother, Inaki Williams, has been at the Basque club throughout his career and has amassed 340 appearances since making his debut in 2014.

However, if Manchester United and Liverpool are really keen on adding the younger Williams to their ranks, then Nico may not follow in Inaki’s footsteps. The teenager made his debut for the La Liga club’s senior side in 2021 and made 42 appearances last season, contributing three goals and one assist.

The 19-year old’s raw pace is one of his biggest assets and with his skillful dribbling he is someone who enjoys going one-vs-one against defenders.

According to Fichajes, the Red Devils and the Anfield outfit have in fact reignited their interest in Nico because this is not the first time they have been linked to him. A report in January from the same outlet had claimed that Manchester United and Liverpool, along with Manchester City, were all monitoring the teenager.

The youngster has a contract that runs until 2024, hence signing him may prove to be a tough effort.