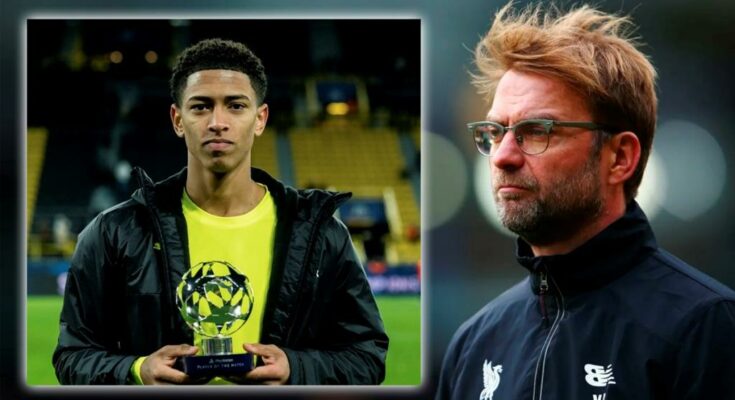 Liverpool have turned their attention to Bellingham as Manchester City are close to agreeing to a deal for another of their midfield targets, Kalvin Phillips.

A report by the Mirror reveals that Jurgen Klopp is a big fan of Bellingham but is willing to wait until 2023 to make a move for the 18-year-old.

The England international has had a meteoric rise since making his debut for Birmingham City in 2019 after coming through the club’s academy.

He became the youngest player in history to represent the Blues and spent just one season with the west Midlands outfit before sealing a move to Dortmund.

Bellingham has continued to impress in the Bundesliga and his displays for BVB have led to interest in his services. Dortmund are reportedly unwilling to sanction his sale this summer, having already sold Erling Haaland to Manchester City.

Bellingham has scored 10 goals and provided 18 assists in 89 matches in all competitions for Dortmund. He is also an established international for England and has been earmarked as one of the standout players of his generation.