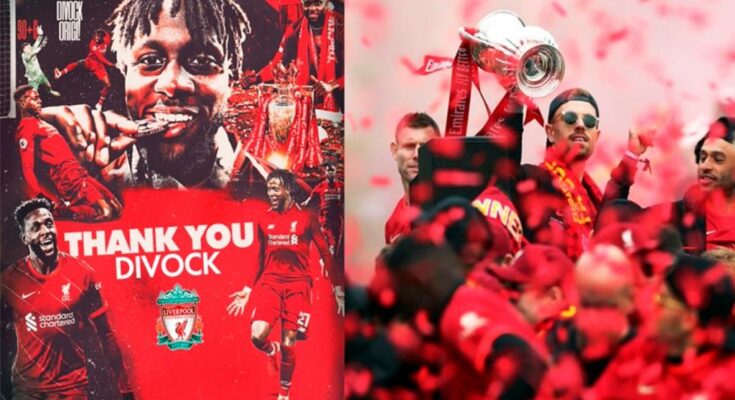 Liverpool have announced the departures of seven players including cult hero Divock Origi.

The Belgian headlines the list of Anfield departures this month after gaining hero status during eight years on Merseyside.

Upon confirming the 27-year-old’s exit, the Reds wrote: “Divock Origi will leave the club when his contract expires at the end of June.

“Thank you for an incredible eight years of service and leaving us with so many special memories.

Origi’s biggest contributions for the Reds came towards the end of the 2018-19 campaign.

The forward bagged crucial goals against Everton and Barcelona, before netting the clincher in the Champions League final victory over Tottenham.

In total he managed 41 goals in 175 Liverpool appearances.

In addition to Origi – Loris Karius, Sheyi Ojo and Ben Woodburn have also been released.

The trio all made first team appearances for the Reds – most notably Karius, who bungled in the 2018 Champions League final defeat to Real Madrid.

The German, 28, inadvertently rolled the ball straight to Karim Benzema for the Frenchman to score, before flapping Gareth Bale’s long range effort into his own net.

That would be the last of his 49 competitive appearances for the club, and he has since spent time on loan at Besiktas and Union Berlin.

Woodburn, 22, burst onto the scene as a teenager, scoring against Leeds in the League Cup back in 2016.

He would go on to make 11 appearances for the Reds, in between loan spells at Sheffield United, Oxford, Blackpool and most recently Hearts.

Youngsters Elijah Dixon-Bonner, Luis Longstaff and Sean Wilson will also move on upon the end of their contracts later this month.