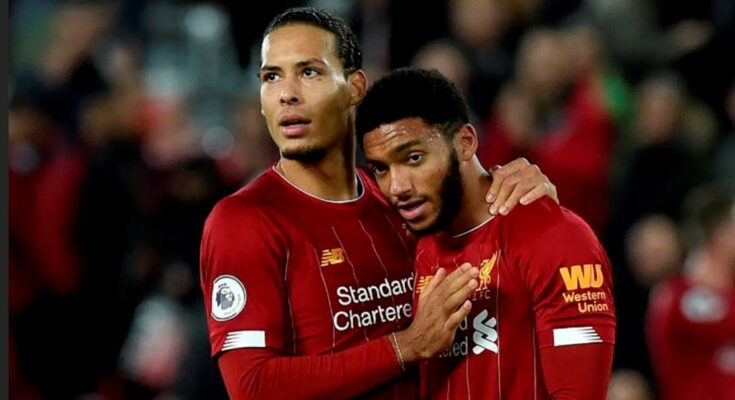 Liverpool defender Virgil van Dijk has revealed that he encouraged his teammate Joe Gomez to sign a new contract at the club. He also claimed that the 25-year-old defender could be the best English centre-back around.

Gomez signed a new five-year deal at Anfield earlier in the summer, despite only playing 21 times for the Reds last term in all competitions.

The England international has been blighted by injuries ever since he arrived at the Merseyside club in 2015 from Charlton Athletic and has fallen down Jurgen Klopp’s pecking order. However, Van Dijk has claimed that he had a conversation with Gomez where he convinced him that he would get his turn in the first-team if he signed an extension.

“We spoke about it before he signed the deal and I’m just very happy that he’s staying at the club, staying with me. Also I’m happy for the club that he’s signed.

“He is, in my opinion, [one of] if not the best English centre-back around. Obviously we’ve both been very unlucky with the injuries we had. Obviously his time will come again and hopefully this season he can show that.”

Gomez has made 142 appearances for the Reds across all competitions. He has missed a whopping 136 games through injury.

There is no doubt that Gomez would have plenty more Liverpool appearances if it were not down to the terrible injury problems he has faced.

But the defender clearly feels that his best years are still ahead of him, as he told Liverpoolfc.com upon signing his contract extension:

“It’s obviously a special moment for me and my family. Another one that you dream of as a kid and one I don’t take for granted. It is an unbelievable place to be; in my eyes, probably one of the best – if not the best – clubs in the world at the minute. The opportunity to extend my stay here was an easy decision to make, really.

“Obviously, I have been here quite a while now, but in the grand scheme of things I still feel young and, like you say, the best years are ahead of me. I have got more to learn and the time to do that. I think I have the platform here to do it with the manager and the coaching staff around me and my teammates, to make sure the best years are ahead.”

Gomez faces stiff competition from Ibrahima Konate and Joel Matip to partner Van Dijk in the center of defense. He will hope to make more appearances in the upcoming season.