Liverpool fans have picked up on what England striker told Trent Alexander-Arnold during England training: “I’m joining you guys next season” 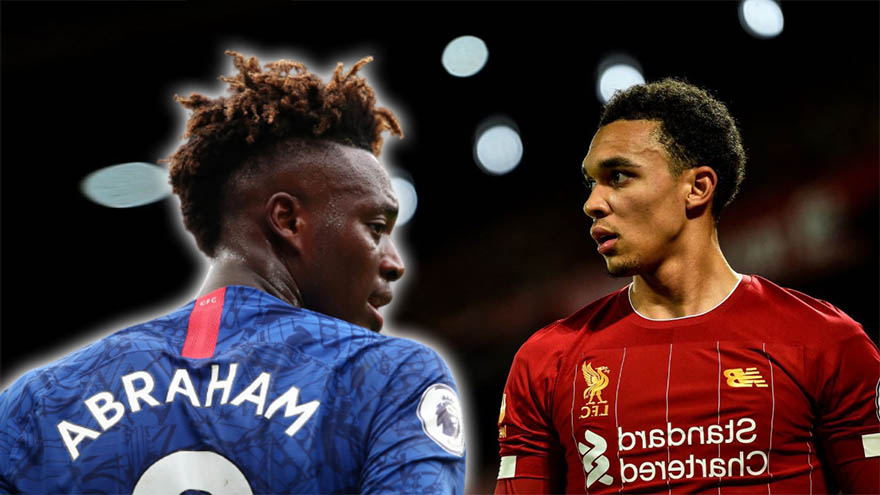 The AS Roma attacker was spotted telling the Reds right-back that he is joining them next season.

Liverpool fans have shared their views on the video clip and most of them sound pretty excited.

The Merseyside giants have a pretty spolid record of signing Chelsea rejects in the recent past. And fans believe Abraham could be the next to bloom in Liverpool colours after being offloaded by Chelsea

Mohamed Salah was also a flop at Chelsea and made his name at AS Roma. He has established himself as one of the greatest players to have played for the Reds in the modern era since his move from the Italian capital club.

Daniel Sturridge was another Chelsea reject who fired on all cylinders after moving to Anfield.

Let’s take a look at how Liverpool fans reacted to the video clip in which Abraham appeared to reveal that he could be on his way to the club.

Tammy Abraham joined AS Roma from Chelsea last summer for a pretty big fee of around £34 million.

And he has truly been a revelation under Jose Mourinho at the Stadio Olimpico, having scored 27 goals in 53 games across all competitions.

The England international has broken the long-held record for most goals in a single Serie A season for an Englishman, surpassing Gerry Hitchens.

The 24-year-old striker also broke legendary Gabriel Batistuta’s record of most goals for AS Roma in debut campaign.

The 22-year-old, who has scored 34 goals in 41 games this season, is likely to cost a fortune which means Jurgen Klopp might have to look for alternatives.

Tammy Abraham can become an ideal signing for the Merseysiders. He is young, Premier League-proven and also home-grown.

The former Chelsea striker also boasts a blistering pace and also has gifted physical attributes including a frame of 6 ft 3 in.