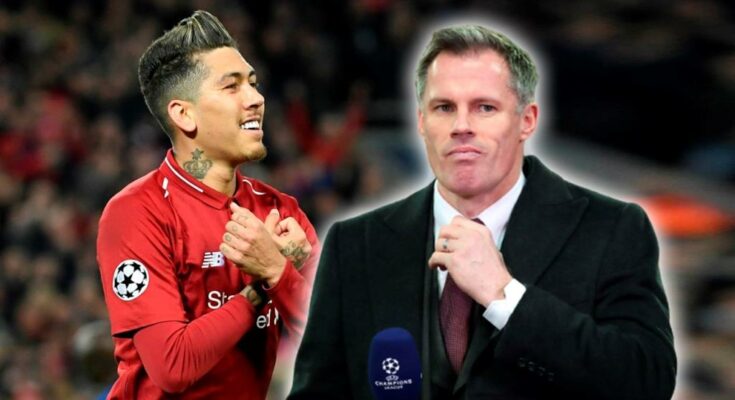 Liverpool legend Jamie Carragher has urged his former club to keep Roberto Firmino, amid reports that the 30-year-old is attracting interest from other clubs.

Following the recent arrivals of Luis Diaz and Diogo Jota, Firmino has dropped down the pecking order. He played only35 games last term.

However, following the Reds’ Community Shield victory over Manchester City on Saturday, the Brazilian international revealed that he wants to stay at the Merseyside club this season.

“I love this team, this city and the fans. I’m here. I want to stay, of course.”

Jurgen Klopp’s decision to start Firmino ahead of Darwin Nunez in the Community Shield was a clear indicator that the German boss still has plenty of faith in the Brazilian. Liverpool won that game 3-1 against Manchester City.

TuttoJuve has claimed that Juventus have made an €23 million offer for the Brazilian forward, who only has one year left on his current deal at Anfield.

With the Reds having already sold Sadio Mane this summer, Carragher has advised against selling another of their experienced attackers, as the retired England defender told The Football Daily (as quoted by HITC Sport):

“I don’t think it’s a risk losing him for nothing. I have felt for a couple of years now that Firmino would see this contract out and move on for nothing. I think getting £19 million or keeping Firmino next season, I would probably keep him. The situation Liverpool find themselves in. They don’t want to be caught short.”

“I think Firmino will have a big role. Listen, Nunez might take time to settle and he is playing in the Premier League. And that’s not just about his ability, it’s about coming to a different league.”

“So, I think Firmino could be really important this season and I think he might actually start the first few games of the season and I can imagine Nunez coming off the bench. I am not quite sure about the Juventus links.”

“Obviously, we have spent a lot of money on a striker and Juventus play a 4-3-3, if I am not mistaken, so I couldn’t see Firmino playing wide or going there to be an understudy. The links, maybe true, I don’t know, but I would keep him.”