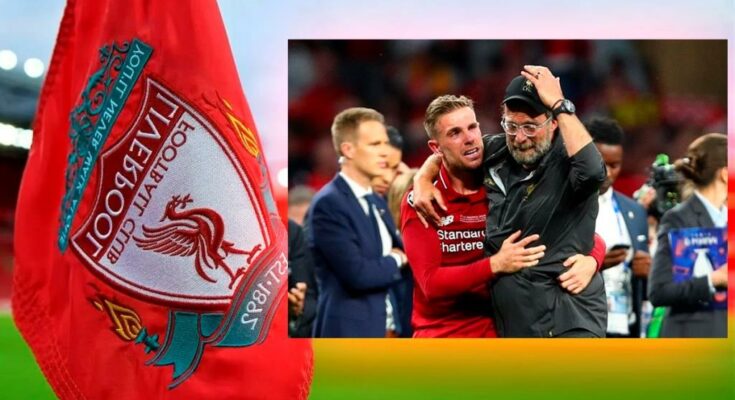 The German manager said that the success he has tasted as the Reds’ manager owes a lot to the role Henderson has played as the skipper of the team.

The England international arrived at Anfield in 2011 from Sunderland for an undisclosed fee. Since then, the English midfielder has been a constant figure in the team and was given the captain’s armband in 2015, after club legend Steven Gerrard retired.

Henderson was injured when Jurgen Klopp arrived in 2015 from Borussia Dortmund as the club’s new full-time manager and missed the opening few games that season. Klopp said that his initial interaction with Henderson made him believe that the Englishman was willing to ‘prove a point’ under him as the club’s new manager.

Speaking about Henderson in a documentary released by Liverpool’s official media, Klopp said:

“When I arrived here Hendo was injured, he didn’t know me really well, it’s the same situation, he knew me from the television. He had no idea how I am, who I am, stuff like this and he was injured. That’s not a good situation for a player when a new manager is coming in and you are injured.”

“So, I remember when he asked if he could come with us to the game, I’ve forgotten which game it was, an away game, even when he cannot play but wanting to be in the dressing room. I thought, ‘yeah you can but do you not have anything more serious to do like rehab or whatever?’

“It took a while until I understood that he wanted to prove a point, he never had to but that’s like a little bit of insecurity probably, that’s obviously different (now) with his maturity and he obviously grew up since we worked together.”

Klopp also mentioned how important Henderson has been to the club’s success in the recent past. He added:

“Nothing that we have achieved in the past few years would have happened without him, that’s easy to say.”