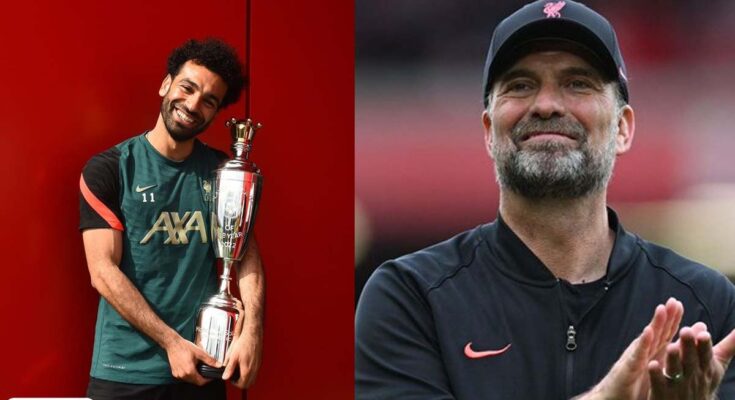 Liverpool manager Jurgen Klopp has been speaking about Mohamed Salah after the Egyptian was named PFA Player of the Year.

Speaking via Liverpoolfc.com, Klopp explained how Liverpool identified improvements Salah could make in his game when scouting him.

“I saw that (how he could improve) when we scouted him, when I saw a lot of videos of Mo. Let me say it like this, he was not the finishing monster we see now.

“I was incredibly excited about the chance to work together with him. We spoke, yes, that was a very good talk but obviously we all need longer to know about a person.

“The moment I knew it will be outstanding (was) when I knew him as a person, because he’s full of desire, he never will stop developing and he’s a workhorse.”

Klopp was also keen to praise his top scorer for his work ethic as he tries to make himself the best.

“I know we say it a lot but he’s really the first in – maybe around Millie, maybe Millie beats him from time to time – and he’s the last out. So treatment, gym work, all these kinds of things.

“So he deserves it absolutely, and that’s why he’s the second-time winner of this wonderful trophy. Well deserved, Mo, by the way!”