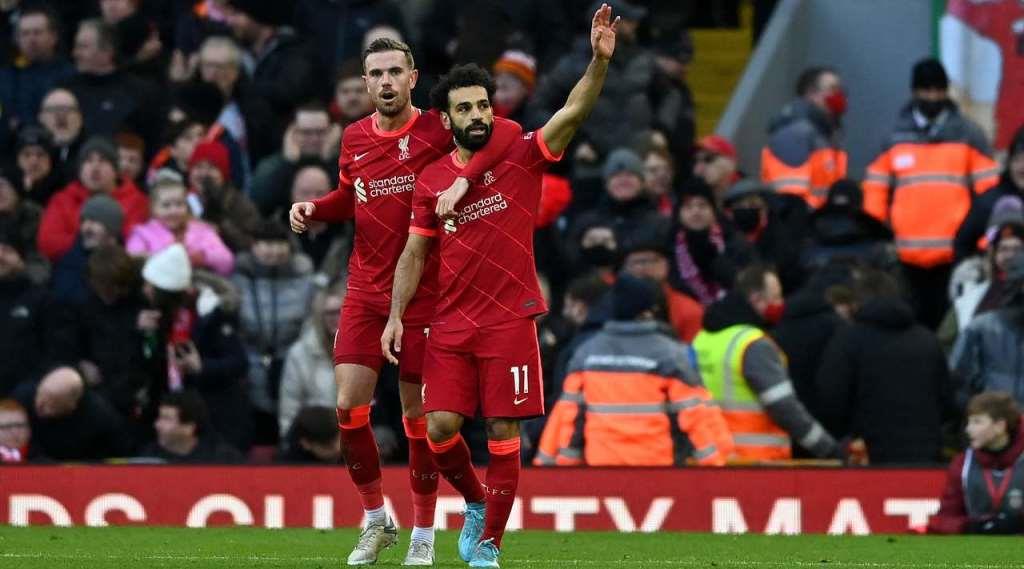 Liverpool survived an early second-half scare before fighting back to beat Norwich City 3-1 – in what was the ‘Reds’ eighth consecutive victory.

18th-placed Norwich came into the game needing a miracle against a Liverpool side unbeaten this calendar year. Surprisingly, it was the visitors who started at a ferocious pace and had the ball in the back of the net inside three minutes, thanks to a smart finish by Milot Rashica, but his effort was swiftly chalked off for offside.

Liverpool then came inches away from taking the lead themselves when Mohamed Salah’s cross found Konstantinos Tsimikas at the back post but he somehow put his effort over the bar.

Teemu Pukki then criminally put his effort wide of the post after being slotted in one-on-one against Alisson Becker – concluding a frantic opening 15 minutes. Salah was at the heart of every Liverpool attack and came close to giving the hosts the lead but his header was brilliantly cleared off the line by Kenny McLean.

Virgil van Dijk thought he had scored five minutes before the break but his fine strike was ruled out for offside, somehow keeping the game goalless at HT.

The second half started the same as the first with Rashica putting the ball in the back of the net thanks to a wicked deflection of Joël Matip, but this time it wasn’t disallowed, giving Norwich a shock 1-0 lead at Anfield.

Despite some heroic defending from Norwich, Liverpool found their equaliser shortly after the hour mark, Tsimikas’ header picked out Sadio Mané and his sensational overhead kick took the ball past Angus Gunn.

Two minutes later Salah had completed the Liverpool comeback, Alisson’s long punt upfield was brilliantly controlled by ‘The Reds’ talisman before he rolled the ball into the bottom corner to make it 2-1.

New signing Luis Díaz confirmed the victory for hosts as Jordan Henderson’s superb pass picked out the Colombian who cheekily chipped the ball over the onrushing Gunn to make it 3-1.