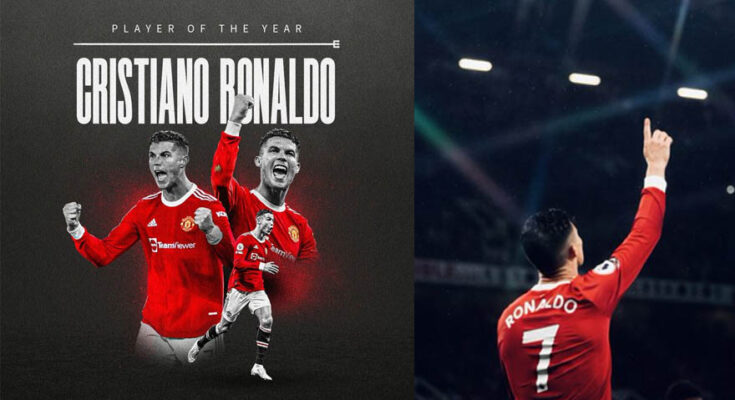 The 37-year-old struck 24 goals across competitions for the Red Devils in the 2021-22 season, including 18 in the Premier League. It wasn’t a good campaign for the club, though.

They ended the season without silverware and failed to qualify for the UEFA Champions League, but the Portuguese veteran stepped up in big moments.

He made a sensational return to Old Trafford last summer from Juventus, 12 years after his original departure, and began his second term with a brace. The five-time Ballon d’Or winner didn’t look back after that, scoring important late goals in Europe during the group stage.

Ronaldo struggled for consistency in the second half of the season, enduring a worrysome goal-drought right after the turn of the year. However, a couple of hat-tricks and some more goals towards the tail end of the campaign saw him finish with a respectable tally, the most in the squad.

Thanks to his exploits, he now been honoured with Manchester United’s ‘Player of the Year’ award, which he won thrice during his first spell at the club. Fans are excited for their talismanic No.7, hailing him as ‘the best of all time’, while also taking a dig at his arch-rival Lionel Messi, who endured a tough debut season at PSG.

Manchester United struck only 57 goals in 38 league games last season, so signing a new striker is on their agenda this summer.