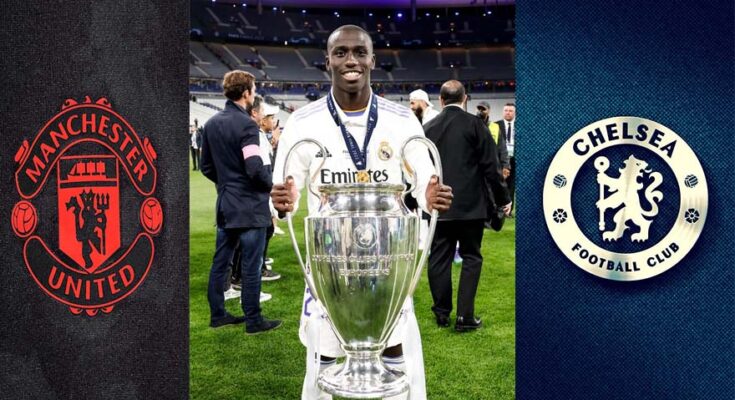 According to Spanish outlet Fichajes, Real Madrid could sell the French international this summer.

The report claims that Los Blancos are considering the sale of the full-back if they receive a fee of more than €48 million, the figure for which they bought him from Lyon.

Carlo Ancelotti could look to move David Alaba to left-back following the arrival of Antonio Rudiger, as per Managing Madrid via AS.

Fichajes has reported that Ferland Mendy has attracted interest from a host of clubs across Europe, including Premier League duo Chelsea and Manchester United.

Both clubs are clearly in need of reinforcements at the left-back position and are believed to be keen on the Champions League winner.

Chelsea have missed their first-choice left-back Ben Chilwell for a major part of last season, with the Englishman rupturing his ACL.

Marcos Alonso mostly filled in for the former Leicester City defender but he could be on his way to Barcelona, as per Fabrizio Romano.

Manchester United, on the other hand, saw both their left-backs underperform last campaign.

Neither Luke Shaw nor Alex Telles managed to impress under Ralf Rangnick and it is hardly a surprise to see the Red Devils looking to bring in a new left-back.

Ferland Mendy has been excellent for Real Madrid since his big-money move from Olympique Lyonnais back in 2019.

He has played a total of 105 games for Los Blancos till date, having scored five goals and provided nine assists in the process.