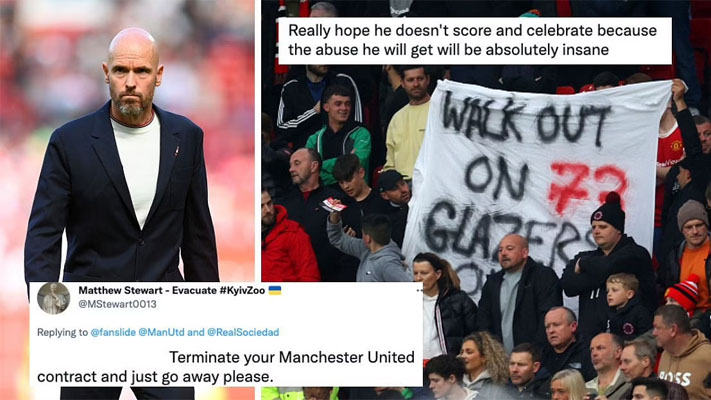 Manchester United fans are not happy with Erik ten Hag’s decision to field Harry Maguire in the starting line-up for their clash against Real Sociedad today (September 8).

The Red Devils host Real Sociedad in their opening fixture of the 2022-23 UEFA Europa League campaign. Ten Hag decided to start with Cristiano Ronaldo and Maguire, two players who haven’t featured in his team’s starting XI since a 4-0 defeat against Brentford.

Casemiro will also make his first start for Manchester United since completing a stunning move from Real Madrid earlier this summer.

However, Manchester United fans on Twitter are not happy to see Maguire back in the starting lineup.

The defensive pairing of Lisandro Martinez and Raphael Varane have done some solid work for the Red Devils in recent times. The club have won four consecutive games, keeping two clean sheets.

However, the duo have been rested against Real Sociedad as Maguire and Victor Lindelof will man the defense in their absence.

Here’s how fans reacted to Maguire’s return to the starting lineup:

Antony is also starting his second game of the season after joining from Ajax. The Brazilian made his club debut against Arsenal this past weekend and also got on the scoresheet to help his side to a 3-1 victory.

Erik ten Hag had a nightmare start to his Manchester United career as a coach this season. The Red Devils were bottom in the Premier League after two games, having lost to Brighton & Hove Albion (2-1) and Brentford (4-0).

However, since then, the Red Devils have won four consecutive games, including games against Liverpool and Arsenal, and are now fifth in the league table.

Manchester United legend Paul Scholes lauded the Dutchman’s flexibility as a coach. He that Ten Hag has gone out of his way for his team to find a path to getting victories:

Here’s what he said on Premier League Productions:

“But this man – you have to give him credit because he’s gone away, really, from what he wants to do. Now, why would you change and go back to something that didn’t really work at the start of the season? He has found a way of playing football on the counter-attack with this group of players – why change that?”

The Red Devils are scheduled to play away against Crystal Palace in the Premier League on Saturday, September 11. 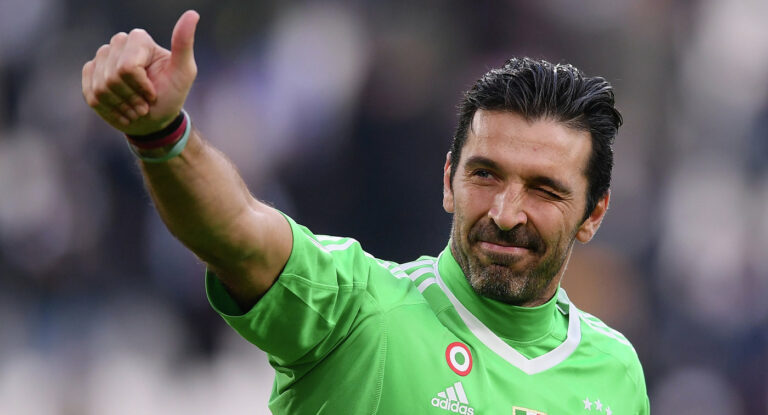 [vc_row][vc_column][vc_separator style=”shadow” border_width=”10″][vc_column_text] Juventus goalkeeper Gianluigi Buffon is ready to extend the contract with the Turin club until 2021, reports Corriere della Sera. If this agreement is concluded with the player, then at the time of its completion, Buffon will be 43 years old.[/vc_column_text][vc_video link=”https://www.youtube.com/watch?v=-TpFs-KNguo”][vc_column_text]Buffon returned to “Juventus” last year after one season at “PSG”…. 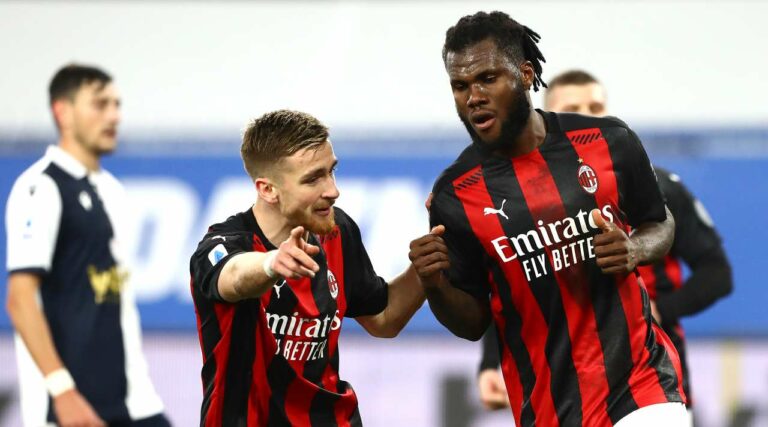 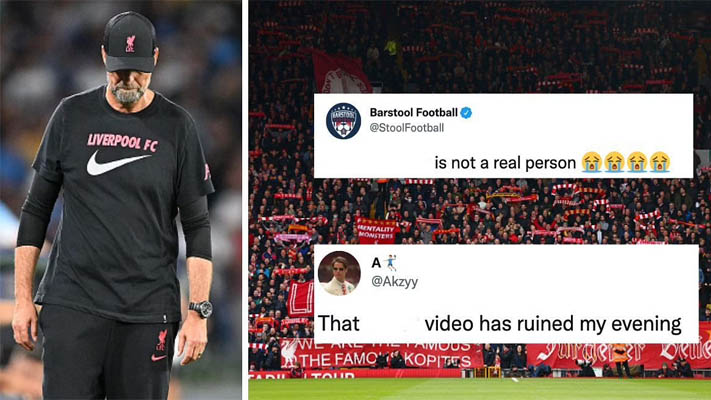 Liverpool forward Darwin Nunez has drawn a variety of reactions from fans after a clip of him in training for Uruguay surfaced on Twitter. In a nine-second video shared by journalist Kwame Benaiah on Twitter, Nunez is seen outmuscling one of his teammates to win the ball on the left flank. The Reds forward proceeded to take the ball… 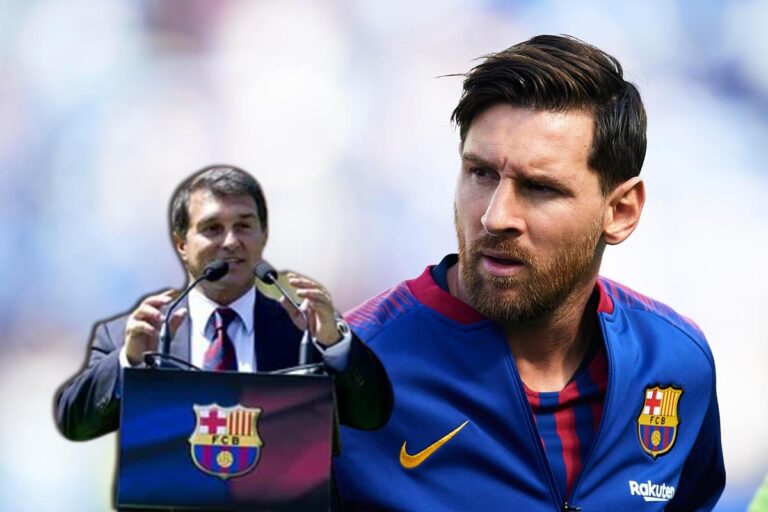 Barcelona President Joan Laporta commented on the situation with the signing of a new contract with the team captain Lionel Messi. “Everything is going well for Leo Messi’s contract ” journalist Fabrizio Romano quotes Laporta on Twitter. Recall that the last contract of the 34-year-old Argentine ended on July 1, 2021. Since then, Messi has… 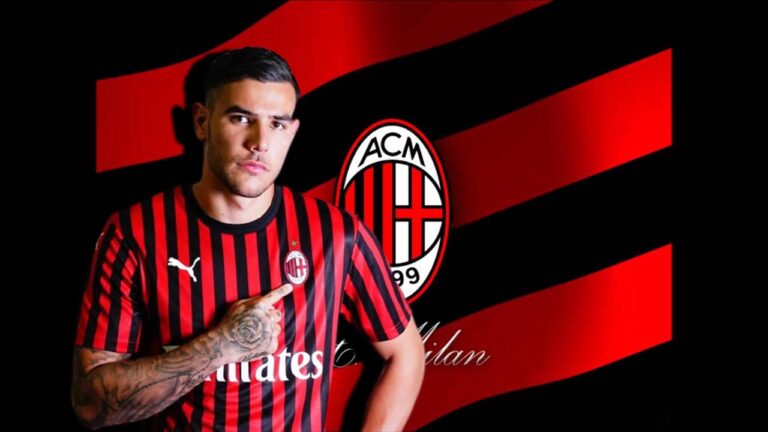 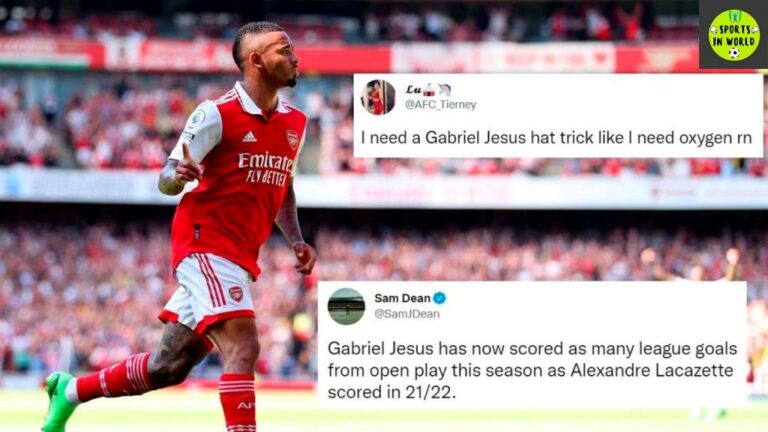 Arsenal fans are rejoicing following an impressive first-half performance from Gabriel Jesus against Leicester City with the Brazilian having scored a double. The Gunners are in red-hot form following a fantastic 2-0 season-opening victory over Crystal Palace on August 5. The inspired performance against the Eagles has boded well as Mikel Arteta’s side are hitting…