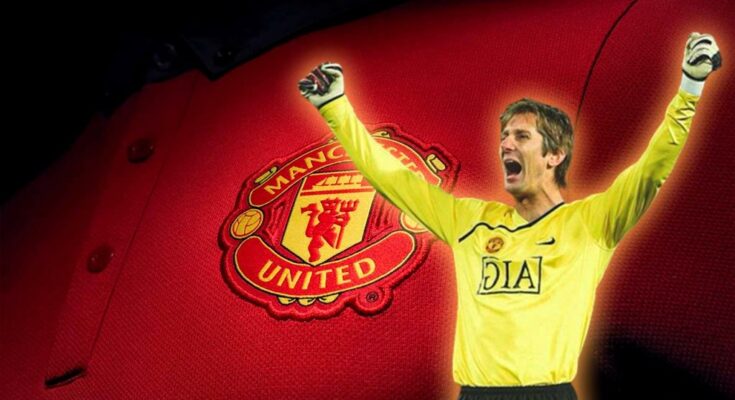 Argentina international Lisandro Martinez is a natural at playing out of the back, a trait Ten Hag’s system values very highly. He has a proven track record of being ice-cool under pressure, rarely gives the ball away in dangerous areas, and is always alert to danger. Thanks to his time under Ten Hag at Ajax, he is well-versed in the expansive style of play United are seemingly going for.

Once the 24-year-old gets settled down at Old Trafford, he could lead the squad by example and help his teammates (especially the defenders) thrive in his Dutch coach’s system. Adjusting to a new league is never an easy task, but under his former boss, Martinez could certainly hit the ground running.

Manchester United legend and Ajax CEO Edwin van der Sar has lauded Lisandro Martinez for his valiant spell in Amsterdam and wished him the best for his future in Manchester.

On Wednesday (July 27), Manchester United officially confirmed that they had signed Lisandro Martinez from Ajax, tying him down to a five-year contract, with the option for an additional year.

Current United coach Erik ten Hag, who managed Ajax between December 2017 and June 2022, first brought the Argentine to Europe in July 2019. Between 2019 and 2022, the Argentine defender went on to make 120 appearances for the Dutch champions, winning two Eredivisie titles.

Van der Sar, who has seen Martinez develop in front of his eyes, was full of praise for the departing footballer.

“What a warrior you have been for us in Amsterdam. We all loved your ability to develop yourself like so many others before you and play the football we like to watch but if needed the grit and determination in defence.”

“Good luck at this amazing club with a manager that shares the philosophy of attacking football in the style of Ajax. Good luck, Licha.”
Following his official unveiling, Martinez has become Ten Hag’s third and latest signing as Manchester United coach. Left-back Tyrell Malacia and attacking midfielder Christian Eriksen are the two other players who have joined the Red Devils this summer.