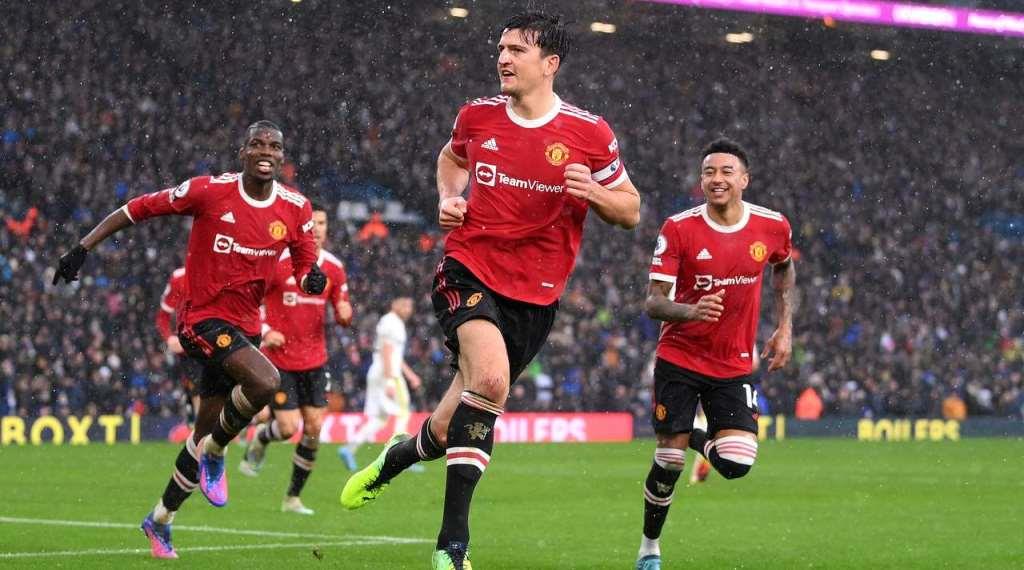 Manchester United recovered from a spirited comeback to see off Leeds United in a Premier League classic. Late goals from Fred and Anthony Elanga opened up a four-point gap on their top four rivals after the ‘Whites’ scored twice in two minutes at the start of the second half.

The Elland Road faithful welcomed a fierce rival for the first time in over 18 years in the Premier League. Marcelo Bielsa’s side took advantage of the raucous atmosphere and made a positive start.

The visitors were rising to the physical challenge as Scott McTominay drew blood from Robin Koch, and the ‘Red Devils’ were starting to look dangerous in the final third. Paul Pogba strode away from Adam Forshaw before laying the ball on a plate for Cristiano Ronaldo, but Illan Meslier made a fine save to deny him.

Ralf Rangnick’s side took the lead as Luke Shaw’s corner was thundered home by Harry Maguire. United’s under-fire captain scored his first of the season, as well as his team’s first from a corner this season. It was now vital that Leeds made it to HT without conceding again, but they weren’t able to hold on.

A truly sodden pitch was making any sort of flowing football virtually impossible. Although that seemed to counter Leeds’ main threats, they found a goal back within ten minutes of the restart in fortuitous circumstances.

Rodrigo’s cross from the left was so wayward it completely caught David De Gea off guard and flew into the top corner. Roared on by the home crowd, Leeds found an equaliser less than a minute later.

Former United winger Daniel James squared a dangerous ball across the face of goal which was turned home by Raphinha, completing a rapid-fire comeback.

Paul Pogba was hauled off as the visitors looked to weather the storm. His replacement, Fred, restored his side’s lead after his overlapping run was picked out by Sancho before the Brazilian slammed home at the near post.

An outrageous piece of skill from Fernandes allowed him the space to play in Elanga, who finished with aplomb to end the contest. Rangnick’s side moved four points clear of West Ham in the Champions League places, while maintaining their superb H2H record, having lost just one of the last 17 meetings.