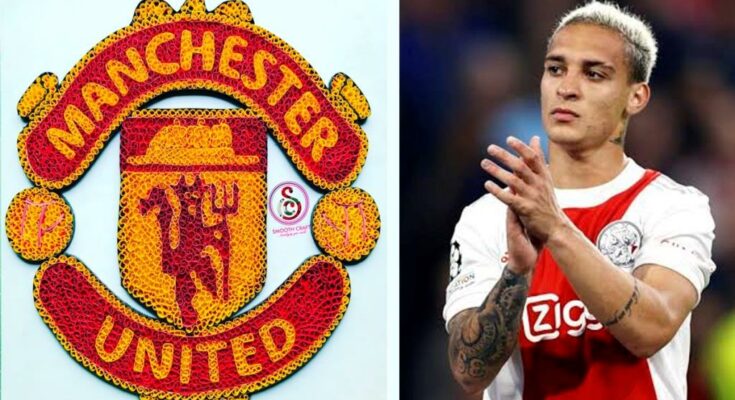 Manchester United reported target Ajax winger Antony has revealed that his playing style is functional to the way he plays his game.

Manchester United are reportedly in advanced talks with Ajax over signing the winger. According to a report by Goal.com, Antony’s representatives reportedly flew into Europe for talks with the Old Trafford hierarchy.

The Brazil international is renowned for his pace on the wings and trickery which has won him plenty of admirers and detractors.

Speaking in an interview with De Telegraaf, the 22-year-old admitted that he does not focus on what people think about his style of play. He, however, highlighted his end product as proof of the effectiveness of his pace and trickery. He said:

“There will always be people who think the tricks are really cool and people who disapprove of them. I think my actions are functional, because I want to show the opponent that I’m the boss. And often it results in a goal or an assist. So I don’t really care what others think. Regardless of the praise or the criticism, I keep my focus.”

Antony has been on Ajax’s books since joining the club from Sao Paulo in 2020. He has made 79 appearances in all competitions for the Amsterdam outfit, scoring 20 goals and providing 22 assists.

His form at club level has not gone unnoticed by Tite, with nine caps won for Brazil since he made his international bow in October 2021.