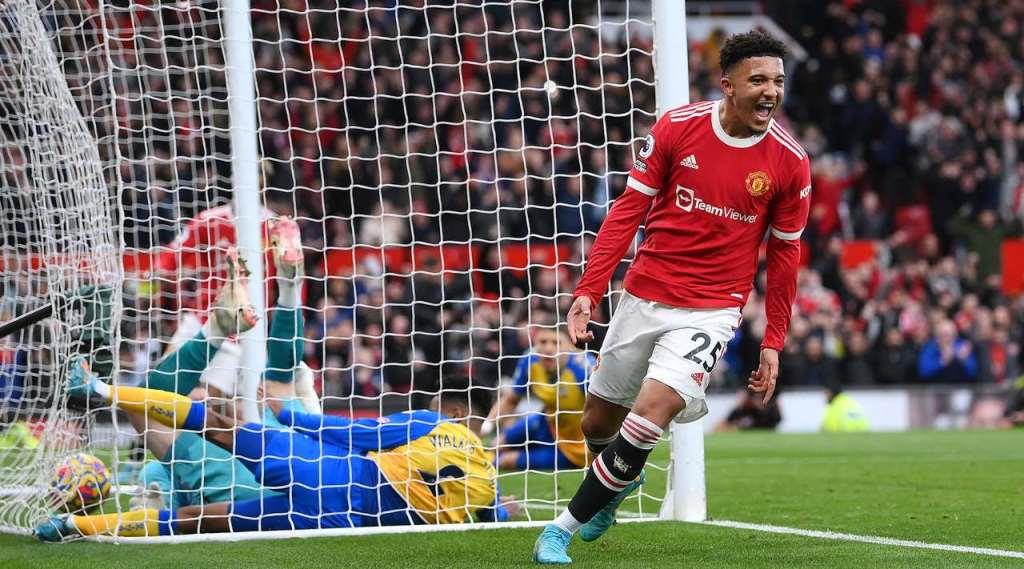 Southampton dealt a blow to a top-four chasing side for the second time this week as they drew 1-1 away to Manchester United. The result sees the ‘Saints’ continue an impressive run of form, with just one defeat in their last ten games.

Ralph Hasenhüttl and his Southampton side came to Old Trafford buoyed by their impressive away win at Tottenham Hotspur in midweek, and looking to upset the odds once again. However, Manchester United are one of only two teams the Austrian manager has failed to beat whilst managing in England, and he was also coming up against his mentor in Ralf Rangnick.

The game, as expected, began in a frantic manner, with both sides playing with a positive, attacking mindset. Cristiano Ronaldo, who is in the middle of his longest goal drought in over a decade, was presented with a fantastic chance to open the scoring inside ten minutes. Jadon Sancho played the Portuguese goal machine through on goal but, after rounding the onrushing Fraser Forster, his tame effort was cleared off the line by Romain Perraud.

The end-to-end manner of the game was relentless, and it was United who found the breakthrough after taking advantage of the ‘Saints’ pushing men forward, as Rashford broke through on goal before squaring the ball for Sancho to easily tap in.

The visitors continued to press forward, though, and created several goalscoring opportunities, but David de Gea was in fine form, reacting brilliantly to everything coming his way to ensure his side went into the HT break with the lead.

A criticism of the ‘Red Devils’ in recent weeks has been that, despite their positive performances, they always let the opposition back into the game after taking the lead. This happened once again, as Che Adams equalised for Southampton just three minutes into the second half with a clinical finish.

The leveller sparked United into life, and the end-to-end action continued, with both sides keeping their opponents’ goalkeeper busy. Neither side managed to take advantage of the chances late on, however, and had to settle for a point apiece.

Back-to-back draws for United sees their top-four ambitions dealt a blow, whilst Southampton continue to impress under Austrian Hasenhüttl after a difficult start to the campaign.

Goal – 1:021’Sancho J.(Rashford M.), Manchester UtdIt’s a goal! Marcus Rashford plays a lovely pass into the box and finds Jadon Sancho (Manchester United). He tries his luck from close range and coolly strikes the ball into the back of the net. 1:0.

Goal – 1:148’Adams C.(Elyounoussi M.), SouthamptonChe Adams (Southampton) scores! He latches on to a pass and produces a perfect strike from the edge of the box. The ball goes into the bottom right corner and past the goalkeeper.