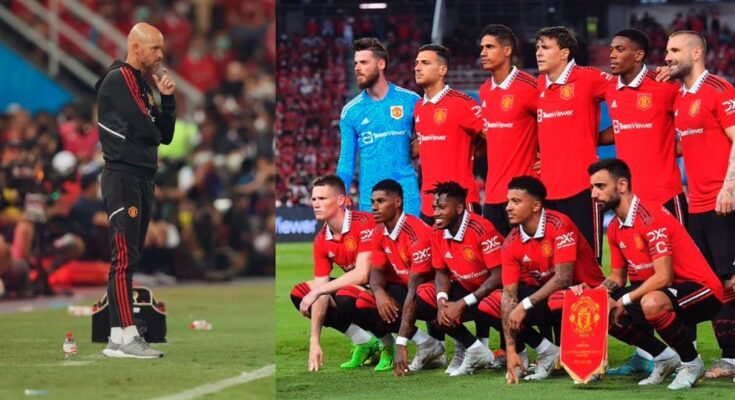 New signing Tyrell Malacia got some minutes under his belt in the match. Fans will be hoping to see more new faces come in at Old Trafford before the Premier League season begins.

On that note, let’s take a look at the top transfer stories surrounding the Red Devils as of July 13, 2022:

Piers Morgan has said that he sees no reason why Cristiano Ronaldo would like to stay at Old Trafford next season. As per The Times, the Portuguese ace has asked the club to let him leave if they receive a suitable offer.

Speaking on Drive (via TalkSport), the TV personality said:

“We have to be realistic as football fans. I think United are in a pretty bad place, I’m not massively excited by any of their transfer business.”

“And they seem prepared to lose in my mind the greatest player to ever play the game after he just scored 24 goals for them seems an extraordinary situation. You can’t blame Ronaldo for wanting to leave, why would he want to stay?”

Ronaldo remains absent from the club’s pre-season and it will be interesting to see how the future of the five-time Ballon d’Or winner pans out.

Manchester United seem to be edging closer to completing the signing of Lisandro Martinez. Latest reports from The Mirror claim that three defenders could be on their way out if the Argentine arrives at the club.

Raphael Varane, Victor Lindelof and Harry Maguire are all reportedly safe from the axe. The three names who could be on their way out, according to the aforementioned report, are Phil Jones, Eric Bailly and Axel Tuanzebe.

According to Sky Germany journalist Florian Pletternberg (via Sport Witness), the Red Devils see Stuttgart striker Sasa Kalajdzic as a viable option for their forward line.

The Austria international is also reportedly keeping his choices open and considers the 13-time Premier League winners to be a ‘very interesting’ option.

The 25-year-old striker’s contract runs out in 2023 and United could swoop in and make a cut-price signing.