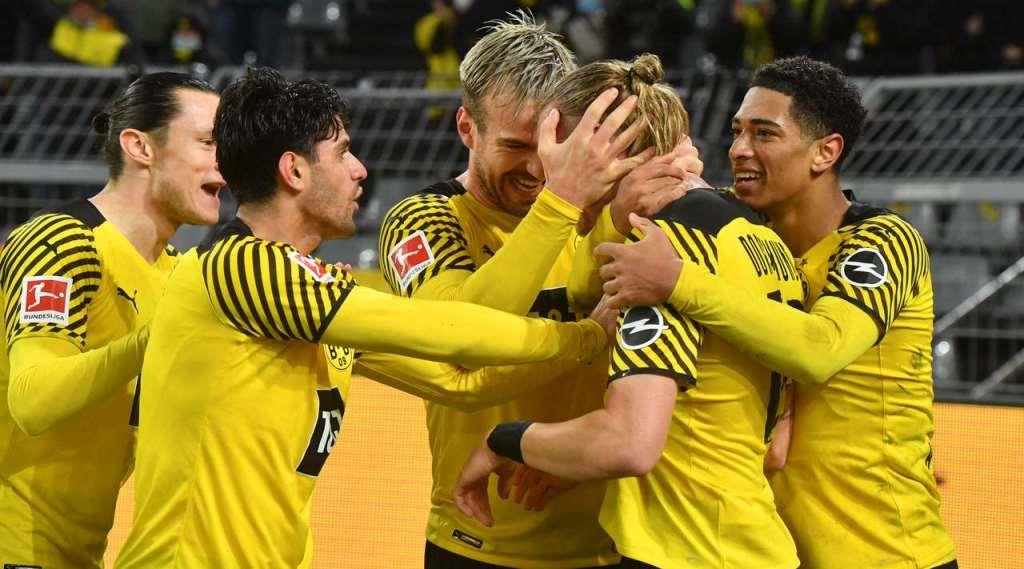 Marco Reus had a direct hand in five goals as he inspired Borussia Dortmund to thrash Borussia Mönchengladbach at Signal Iduna Park. A statement victory for Marco Rose’s men extended their superb H2H record, winning 16 of the last 17 meetings on home soil.

Coming into the contest on the back of a disappointing defeat to Rangers in midweek, Dortmund started in positive fashion and very nearly took an early lead when Giovanni Reyna saw an effort from the edge of the box superbly palmed around the post by Yann Sommer.

The hosts continued to look the more dangerous of the two sides and deservedly broke the deadlock as Reus controlled a rebound in the box and coolly finished past his former side.

Buoyed by the opening goal, Dortmund doubled their advantage five minutes later as the influential Reus expertly played Donyell Malen through on goal and the Dutch international confidently slotted the ball past Sommer for his fourth Bundesliga goal of the season.

Faced with a two-goal deficit, Mönchengladbach looked to find a route back into the match before HT, however they found Dortmund keeper Gregor Kobel in excellent form as he denied both Jonas Hofmann and Florian Neuhaus with smart saves.

Building on these promising opportunities, the visitors began the second half on the front foot, and came within inches of pulling a goal back when Hofmann fired a powerful strike beyond the outstretched dive of Kobel, only to see it rebound off the crossbar.

‘Die Fohlen’ were left to rue their missed chances as Dortmund effectively sealed the three points in the 70th minute with Reus slipping in substitute Marius Wolf, who composed himself before smashing the ball off the underside of the bar beyond Sommer.

‘Die Schwarzgelben’ continued to penetrate the shaky Mönchengladbach defence with time ticking into the final 20 minutes, and added three goals in the closing stages.

First, Youssoufa Moukoko converted from close range, before Reus added his second of the match with a clinical one-on-one finish and Emre Can buried a late sixth from the penalty spot.