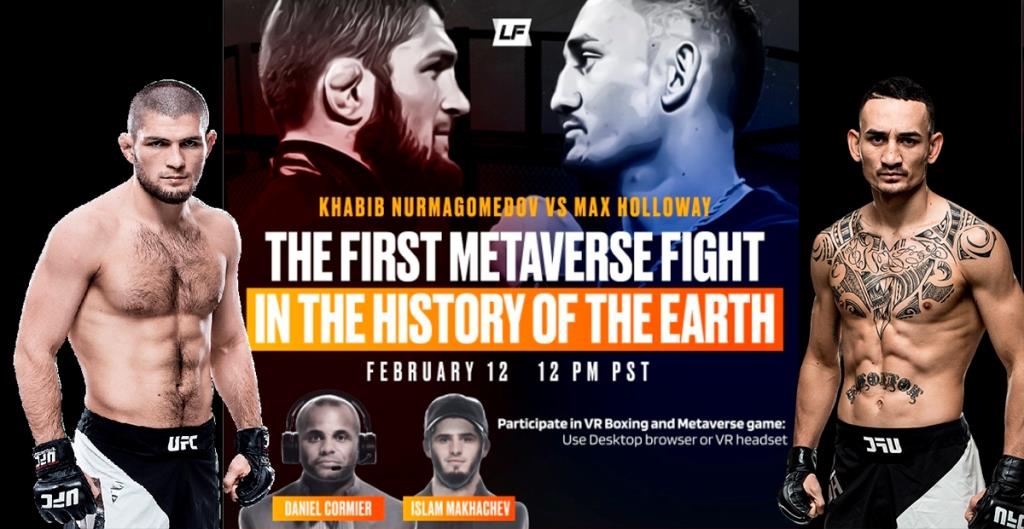 Max Holloway has announced ‘The First Metaverse Fight in the History of the Earth’ against Khabib Nurmagomedov.

The highly-anticipated matchup between Khabib Nurmagomedov and Max Holloway will finally come to a head three years after it was initially canceled. There’s a catch, though. The fight won’t take place in the physical realm as it’s set to be the first MMA showdown in the Metaverse.

Holloway made the announcement on Thursday, noting that he will square off with the undefeated UFC phenom in a virtual boxing match. On Instagram, ‘Blessed’ announced:

“On February 12, @legionfarm, a place where gamers meet and play with PRO players, will be hosting an epic event in Mozilla Hubs Metaverse with the First Metaverse Fight in the history of the Earth between Khabib Nurmagomedov and me! And you are invited to witness it.”

The Metaverse is an online space that allows individuals to interact in a more immersive manner compared to traditional websites. Users utilize virtual reality headsets and online avatars to enter the space.

Khabib Nurmagomedov and Holloway were scheduled to throw down for the UFC lightweight title at UFC 223 in April 2018.

However, Holloway – who was a late replacement for Tony Ferguson – was pulled from the main event bout during official weigh-ins after failing to secure medical clearance to compete. MMA journalist Ariel Helwani reported that Holloway wanted to continue, but was disallowed by commission doctors.

The Hawaii native was attempting an ambitious weight cut after accepting the fight against ‘The Eagle’ on six days’ notice. Moments after the incident, the then-UFC featherweight champ issued an apology to fans on his social media. He wrote:

“Khabib my brother I want to keep going but they are stopping me. Sorry to your team and the fans. You don’t deserve this. This is number one. Shout outs to you and @Showtimepettis. Give the fans what they deserve”

Nurmagomedov ended up fighting Al Iaquinta in the main event of UFC 223. The Dagestani captured the 155-pound crown after earning a unanimous decision win after five rounds.