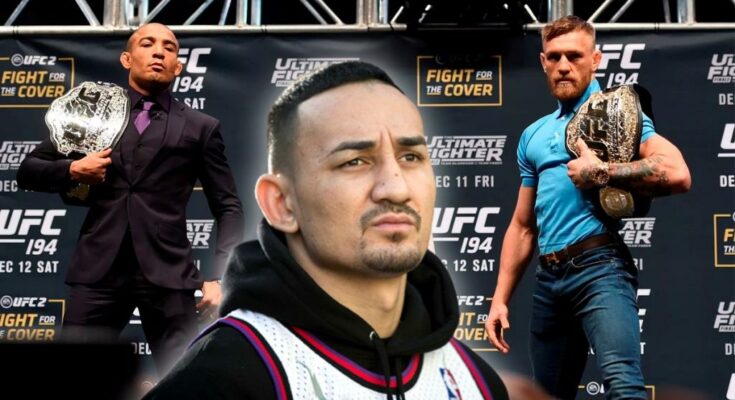 American mixed martial arts fighter Max Holloway believes the winner of a trilogy with UFC featherweight champion Alex Volkanovski of Australia would not be worthy, called the best fighter in the history of their division.

Max Holloway won’t allow anyone to label the winner of Saturday’s UFC 276 co-main event as the greatest featherweight of all time.

Going into the anticipated trilogy bout with Holloway (23-6 MMA, 19-6 UFC) and Alexander Volkanovski (24-1 MMA, 11-0 UFC), which goes down at T-Mobile Arena and airs on pay-per-view following prelims on ABC/ESPN and ESPN+, there are many people discussing that whoever emerges victorious from the contest will be regarded as the GOAT of the division.

Max Holloway is slamming the brakes on that conversation. He only has five UFC title wins to his name, and Volkanovski just four. In his mind, that doesn’t meet the level of Aldo’s (31-7 MMA, 13-6 UFC) body of work when he was champion for nearly five years.

“Not at all,” Holloway told reporters, including MMA Junkie, at UFC 276 media day. “A lot of fans, a lot of people are saying it. Do we forget the man Jose Aldo? The man got eight title wins. I have five title wins. Until someone can beat his records as a champion with the eight title wins, then they can consider themselves the GOAT in featherweight. I got five to get here. To get Alex for my sixth title win. That’s just the cherry on top.”

There are holes to be poked in all resumes. Aldo was UFC champion in his octagon debut after the UFC bought the now-defunct WEC organization and folded the 145-pound division into the organization. Holloway, meanwhile, fought for undisputed UFC gold for the first time after 16 fights with the company – including a 10-fight winning streak leading up to it.

“It’s cool I’ve got the wins, but the title defenses are the title defenses,” Holloway said. “That is the actual record. He got eight title wins, I’ve got five. We’re not that far behind him. Hopefully, I can catch him, we’ll see what happens. He’s the GOAT, bro. You can’t take it away. Just because he got gifted it, the event that the UFC bought out and he was the champion, it wasn’t a gift. I’m sure if they told him, ‘Hey you’ve got to fight for the belt.’ He would’ve fought for the belt. That’s just the kind of guy Aldo is. Standup guy, hard worker, and hard fighter and the GOAT.”

Although Max Holloway doesn’t agree the winner of this fight will be pushed over the hump beyond Aldo, he does agree this is a monumental contest for the careers of both himself and Volkanovski. He’s hungry to get his hand raised this time after losing close decisions in his first two fights with the Aussie, and Holloway notes this is a truly special matchup.