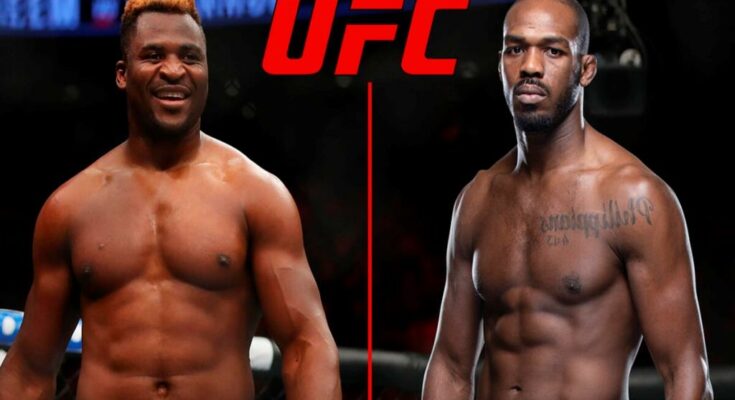 Jon Jones is finally ready to return to the Octagon according to UFC President Dana White.

Shortly after Jones defeated Dominick Reyes at UFC 247 to defend his light heavyweight championship in February of 2020, he made the decision to vacate his title. The plan was to move up to heavyweight but the pandemic and other issues have delayed that. However, now it appears ‘Bones’ is ready to go.

When Jones does make his next walk to the Octagon, standing across from him will be either Francis Ngannou (for the undisputed title) or Stipe Miocic (likely for the interim belt), White revealed.

“Jon Jones is ready to go,” White said on The Jim Rome Show on Monday. “We’re just waiting for an opponent. It’s either going to be Francis [Ngannou] depending on how long his knee is going to take to recover or Stipe Miocic.”

Michael Bisping has explained why he thinks Jon Jones should consider waiting for Francis Ngannou instead of jumping into a fight with Stipe Miocic.

After Dana White confirmed that Jon Jones is ready to return to the Octagon, many fans have been waiting for a confirmed return date and opponent for the light heavyweight GOAT. Unfortunately, that has yet to come to fruition, leading many to wonder what the hold-up is – as Stipe Miocic seems like the clear choice for his first fight back.

An interim heavyweight title showdown has been touted with the winner going on to face Francis Ngannou in late 2022 or early 2023. Michael Bisping, however, thinks Jones may be better off waiting it out.

“If he fights Stipe Miocic, there’s a reality that Stipe Miocic beats him. Let’s be honest. Stipe is the greatest heavyweight of all time. The most successful defenses, the most knockouts, knocked out Fabrício Werdum… stopped D.C with body shots… and he beat Francis Ngannou as well.”

“Some of the performances have been incredible. The man is a legend in his arm right. So I think in a weird way, in terms of skill set and stylistically, Stipe Miocic could possibly be harder fight than Francis Ngannou.”

“Francis Ngannou, we know what he brings to the table. It’s that freakish power. That power that just…if he connects with people, he puts you to sleep and he doesn’t even need to be a flush shot. Unbloodybelievable! So that’s what Jones would have to avoid in that fight.”