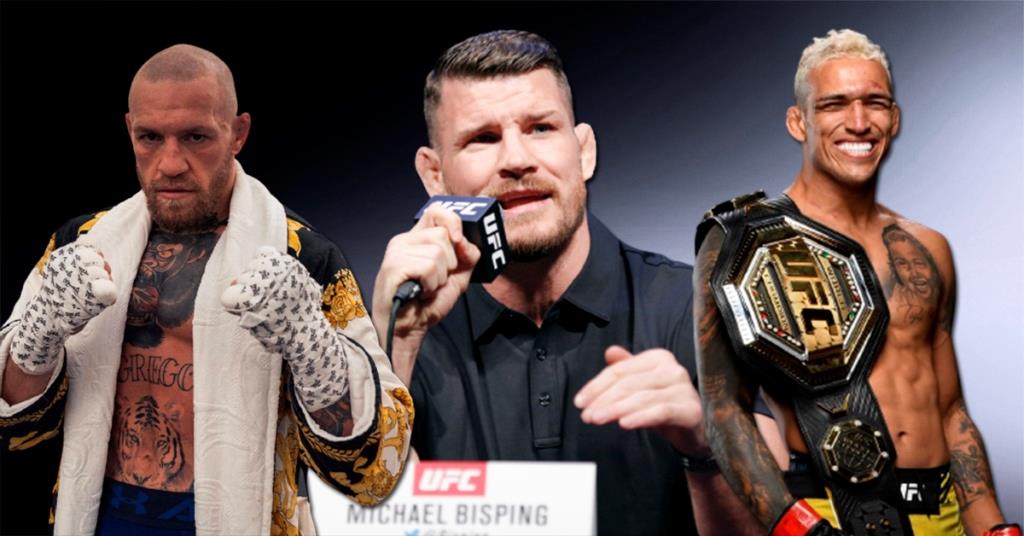 Michael Bisping feels Charles Oliveira is one of the best suited opponents for Conor McGregor. Conor McGregor will have it easier with ‘Do Bronx’ than he did with Dustin Poirier.

Michael Bisping feels Charles Oliveira is one of the best suited opponents for Conor McGregor in the heavily stacked UFC lightweight division. ‘The Count’ believes McGregor could once again become champion if ‘Do Bronx’ has the title by the time he returns to the octagon.

Bisping pointed out that Poirier is a much better striker than Oliveira, so McGregor will definitely have the edge on the feet. He also has the power to knock Oliveira out.

Having said that, Bisping admitted that if Oliveira takes the fight to the ground like he did with Poirier, McGregor would be in deep trouble. However, ‘The Count’ also feels that McGregor has very strong takedown defense and it will be hard for ‘Do Bronx’ to take the Irishman down.

In a recently shared video on his YouTube channel, Bisping said:

“Out of all the fights that Conor could have, Charles Oliveira may be one that suits him the best. I think stylistically, Conor would have an easier time with Charles Oliveira than he would with Dustin Poirier… Conor’s got good takedown defense. In the fight against Khabib, yeah, Khabib dominated that fight but in the first round it was very hard for Khabib to get him down.”

“Conor was fighting off those takedowns for quite some time so he’s got a good takedown defense and decent jiu-jitsu as well. On the feet, I think he’d light Charles Oliveira up and if Charles couldn’t get it down to the floor, Conor could get a knockout.”

Michael Bisping feels Charles Oliveira is one of the best suited opponents for Conor McGregor . Check out the video below:

Charles Oliveira was angling for a title defense against Conor McGregor a few months ago, but he is now scheduled to fight Justin Gaethje at UFC 274. According to the Brazilian’s most recent opponent Dustin Poirier, ‘The Highlight’ will find it difficult to get the better of the reigning champ when they fight.

‘The Diamond’ feels Oliveira has more ways to get his hand raised at UFC 274 compared to Gaethje. Oliveira can both stand and trade shots as well as take the fight to the ground and try to submit Gaethje, claims Poirier.

Having said that, Poirier also claimed that Oliveira has a tendency to get hit and will be vulnerable to Gaethje’s knockout power in the fight.

In an interview with Inside Fighting, he said: