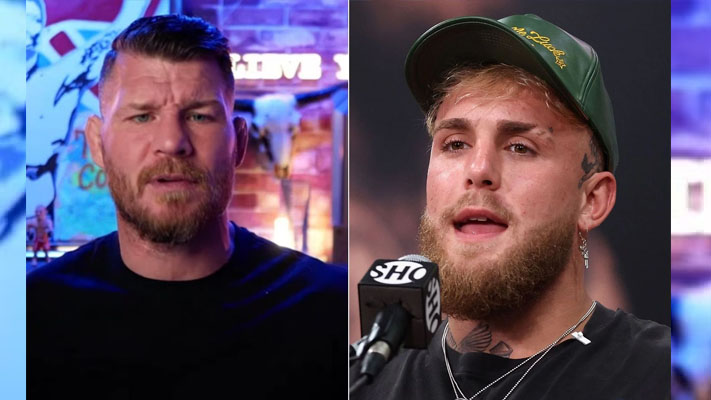 Michael Bisping blasts Jake Paul for interfering in UFC fighters’ business instead of paying his own fighters.

Jake Paul continues to raise his concerns with UFC fighters not being paid their worth. He believes that the time is right to form a fighters association to improve fighter pay and ensure that they are taken care of medically when they retire.

Bisping criticized the YouTuber-turned-boxer for his treatment of boxers competing on his events, saying:

The former UFC middleweight champion then added that ‘The Problem Child’ should be taking better care of the fighters on his undercard because boxing is more dangerous than MMA. He mentioned that statistics show that there is a heightened risk with boxing, saying:

“Just look at the facts. Look at the statistics. More people die and have serious brain injuries from boxing compared to mixed martial arts. Sadly, multiple die in boxing every single year. So they’re the guys that you should be thinking about.”

‘The Count’ seems to raise some valid points and critiques to Paul. According to Bisping, If he’s campaigning for UFC fighters to get paid more and join his UFA, he should be setting an example with fighters competing on events that he’s headlining.

Will Jake Paul’s next opponent be Nate Diaz?

It was reported that after an exclusive negotiation period, Nate Diaz declined to extend his contract with the UFC in favor of testing free agency.

Based on the timing of his free agency and Jake Paul confirming that he will be fighting again in February, one would have to assume that Diaz could be his opponent. Since there is already history between the two from past interactions, it will be interesting to see whether ‘The Problem Child’ and the former TUF winner can come to an agreement on pay and book the fight.