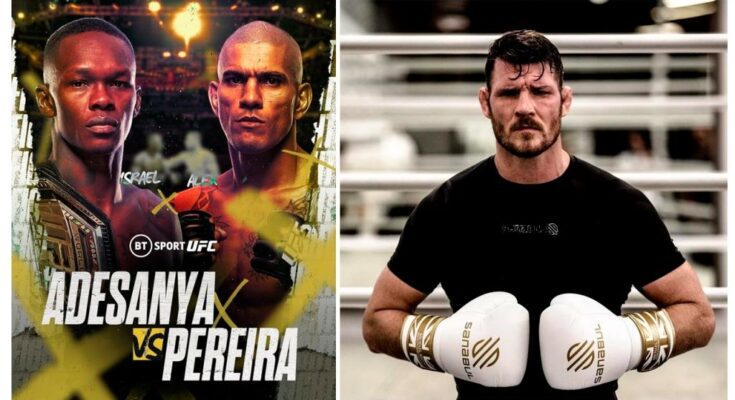 Bisping recently stated that he is siding with Israel Adesanya to beat Alex Pereira when the duo eventually fight in the UFC.

Adesanya and Pereira are expected to lock horns next with the UFC middleweight title on the line. ‘Poatan’ holds two wins in kickboxing against ‘The Last Stylebender’, including a knockout.

While many have tipped a third fight in the UFC to go in the same direction, Bisping is taking the champion’s side in a potential fight. The Englishman believes there is too much on the line for Israel Adesanya to lose for a third time against Pereira. While speaking on his YouTube channel, ‘The Count’ said:

“Adesanya coming into this fight will feel like Pereira’s coming for everything that he’s worked for. The riches, the legacy, the fortune, the cars, the houses, the jewelry, okay? Pereira is a real threat of taking all that away. But will he do that? I don’t think so. I really don’t. “

The former middleweight champion further pointed out that Israel Adesanya has improved a lot since their last fight:

“I think between the time of them two fighting a long time ago, I think Adesanya has improved so much. When you fight at this level in the UFC, you got no choice but to get better… Adesanya’s got a great life and he has built that through his octagon performances. He ain’t gonna give it up against Alex Pereira. That’s why this fight is gonna be incredible.”