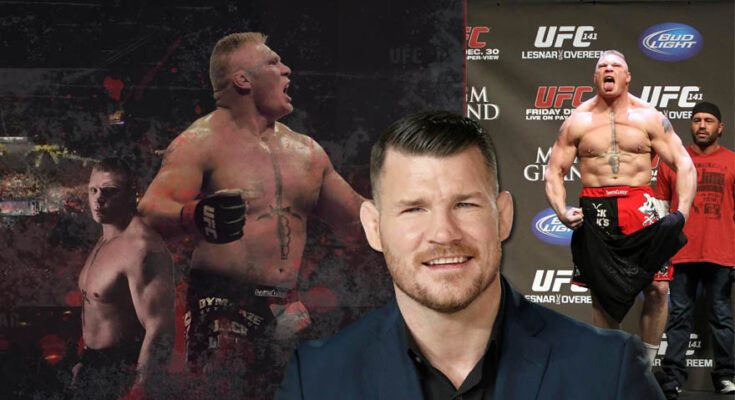 Brock Lesnar made his UFC debut against Frank Mir at UFC 81, but that fight did not go well for him. However, the fighter bounced back in style, defeating Heath Herring.

Brock Lesnar had a total of 9 matches in UFC.5 wins and 4 losses followed by one match getting overturned. Lesnar injured people with his heavy hands and dominated his opponents with his wrestling and submission skills.

Soon after, Lesnar was offered a title match against then-champion and Hall of Famer Randy Couture. He successfully outstruck ‘The Natural’ on the feet, eventually stopping him and becoming the UFC heavyweight champion.

‘The Next Big Thing’ was able to successfully defend his title twice and thus lived up to his moniker. He lost the belt to Cain Velasquez at UFC 121.

In a recent video on his YouTube channel, Michael Bisping had this to say about the former UFC heavyweight champion:

“One of the biggest names and the biggest people to sign with the UFC and get a real quick title fight was of course the wrestling superstar, Brock Lesnar. Listen, this man retired with a record of five wins and three losses… eight fights in total. That’s not even a lot of fight but he got his world title fight on his fourth fight.”

Speaking further on Lesnar’s run in the promotion, ‘The Count’ said:

Brock Lesnar: Of his overall 5 wins, 3 of his wins were by knockout accompanied by his devastating punches.