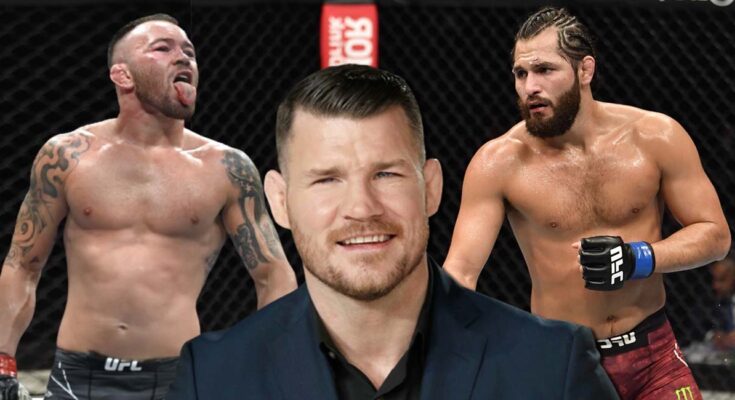 Michael Bisping hopes Colby Covington learns to put a leash on his tongue after getting sucker-punched by Jorge Masvidal. According to ‘The Count’, Covington shouldn’t be surprised by Masvidal’s actions after talking trash about his ex-wife and family.

Michael Bisping believes that there are boundaries when it comes to promoting a fight, which Covington clearly crossed in the lead up to his grudge match against Masvidal. The former middleweight champion recently said in a Q&A session on YouTube:

“You don’t talk about family, you don’t talk about wives, children, religion… Colby kind of crossed the line now. Listen, it’s all fair in love and war but when Masvidal sneaks up on you in a restaurant and sucker-punches you, you can’t be surprised.”

“You made your bed, you gotta lie in it. So hopefully he does learn from that, leaves that alone. Listen, there’s enough shit that you can say about your opponent without bringing wives and children into it.”

In March, Covington and Masvidal had an altercation outside a restaurant in Miami, a little over two weeks after their UFC 272 grudge match.

Covington was reportedly left with a fractured tooth and an abrasion on the wrist after the scuffle. Masvidal was later arrested on charges of aggravated battery and criminal mischief but was subsequently released after making bail.

Colby Covington’s coach at MMA Masters, Daniel Valverde, recently revealed that ‘Chaos’ is about to renew his contract with the UFC. While he emerged as the winner, Covington’s base salary was less than Jorge Masvidal’s going into UFC 272.

‘Chaos’ is expecting a significant hike as he believes his new deal should at least match Masvidal’s. Claiming that Colby Covington can outdo ‘Gamebred’ in terms of pay-per-view sales, Valverde told AG Fight (Quotes translated by MyMMANews):

“[Covington] did well, but Masvidal made more than he did. Now Colby is renewing his contract with the UFC, so we believe that the UFC will give him a good [salary] raise. He has a number in his head and he doesn’t think he deserves to earn less than Masvidal. Technically he’s a better guy than Masvidal. In terms of sales too, despite the fact that Masvidal sells a lot. So he thinks he deserves to make more or at the same level as Masvidal.”