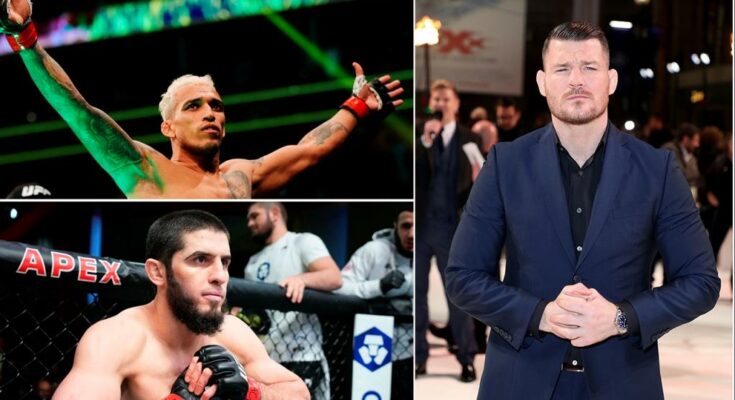 Charles Oliveira and Islam Makhachev will determine the next lightweight champion at UFC 280.

Oliveira (33-8 MMA, 21-8 UFC) will attempt to regain the belt he lost on the scale in May when he meets Makhachev (23-4 MMA, 6-4 UFC) on the Oct. 22 card at Etihad Arena on Yas Island in Abu Dhabi. The promotion announced the vacant championship bout on Saturday’s UFC on ABC 3 broadcast.

Oliveira, No. 1 in the latest USA TODAY Sports lightweight rankings, is currently riding an 11-fight winning streak. His involvement in title bouts began at UFC 262 in May 2021 when he knocked out Michael Chandler to claim the strap that had been relinquished by Khabib Nurmagomedov when he retired. “Do Bronx” subsequently submitted Dustin Poirier for the first defense of his reign.

But then Oliveira missed weight ahead of his scheduled title defense against Justin Gaethje at UFC 274 earlier this year and was forced to forfeit the gold. He went on to submit Gaethje, and UFC president Dana White promised he would be part of the next title fight. Oliveira has since campaigned for a showdown with Conor McGregor in his next fight, but he ultimately signed on for Makhachev.

No. 3 Makhachev, meanwhile, will bring a 10-fight winning streak into his first UFC title opportunity. The pupil of UFC Hall of Famer Khabib Nurmagomedov has been dominant outside of a lone loss in October 2015, racking up wins over the likes of Bobby Green, Dan Hooker, Arman Tsarukyan, and Gleison Tibau.

Despite the momentum on Oliveira’s side, Bisping says the Brazilian has to be very wary of Makhachev.

Oliveira’s title wins over Michael Chandler, Dustin Poirier and Justin Gaethje didn’t come without adversity. Oliveira was dropped in all three of those fights, but rallied to score finishes. However, when facing a tactical fighter like Makhachev, Bisping thinks Oliveira might end up paying if he lets his guard down.

“How many decisions? One, two – four decisions in there: six stoppages, four decisions. So that’s a tremendous win streak, but it’s the way that (Makhachev) does them. He goes out there, and he’s almost perfect in his approach.”

Bisping lauded Oliveira for his recent thrilling battles, but thinks that’s what may end up costing him.

“In my opinion, Charles Oliveira (is) the most exciting fighter on the UFC roster,” Bisping said. “He really is, because he almost gets finished in a lot of them and he’s got to be careful. You don’t want to get caught off Islam Makhachev because Islam Makhachev is very clinical. He doesn’t make mistakes.

“You could argue for Charles Oliveira that the reason he is so exciting is because he gets dropped, is because he finds himself in bad positions, and that’s never planned, but it makes for a fantastic fight. … But Oliveira doesn’t plan for those things – that’s your opponent having success.”