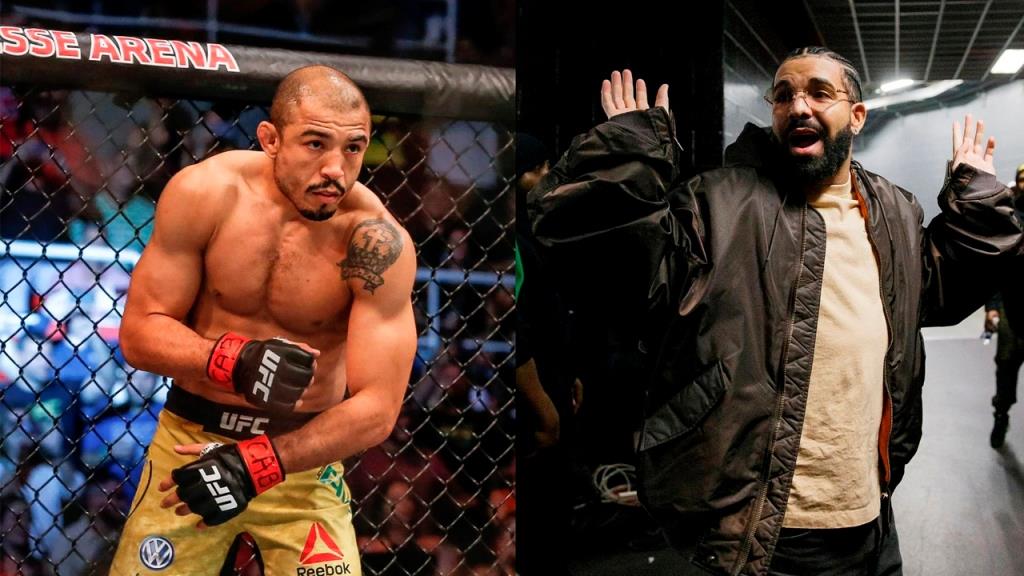 Jose Aldo is set to fight Merab Dvalishvili in a bantamweight bout at UFC 278.

Aldo and Dvalishvili are ranked third and sixth, respectively, in the UFC’s 135lbs rankings.

Canadian rapper and singer Drake has bet on underdog Aldo to win the fight. Through the cryptocurrency betting platform Stake, Drake bet Bitcoin worth $238,933.83 on the former featherweight champion.

Check out his betting receipt posted by the UFC on Twitter:

Drake is known to back athletes and teams across sports and bet heavily on them. More often than not, the athlete or team he supports ends up losing. This has led to Drake being trolled for his ‘curse’ on numerous occasions.

Along those lines, fans reacted with horror, worried about the so-called curse now on Jose Aldo.

“Drake just tossin walkin around money on these bets”

Many fans seem certain that this guarantees Aldo’s loss against Dvalishvili.

Drake was not the only one to show faith in Jose Aldo pulling off an upset against the younger Dvalishvili. Stake’s global ambassador and the face of their foray into mixed martial arts, Israel Adesanya, also bet big on an Aldo victory.

The middleweight champion tweeted a screenshot of his bet on Twitter captioned:

‘Izzy’ put down a significantly lower amount than Drake on Aldo. He bet Bitcoin worth $7978.81 on ‘Junior’ winning the fight as the underdog. ‘The Last Stylebender’ also showed appreciation for Jose Aldo in a YouTube video, where he praised the all-time great fighter:

“Aldo, one of the greatest fighters of all time. The king of Rio [de Janeiro]. Same [one my favorite fighters]. WEC, watching him do what he did, as fast as he did and as efficient as he did. Levels.”