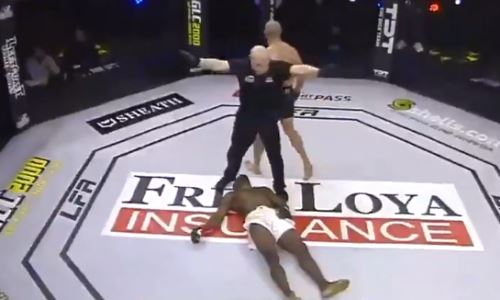 American mixed martial artist (MMA) Roland Dunlap effectively knocked out compatriot Obinwa Ikebunna in a fight at the LFA 104 tournament. The video of the episode was posted on the ESPN MMA channel on Twitter.

In the first round of the meeting, Roland Dunlap made a capture, and then threw his opponent with his head into the flooring of the octagon. Obinwa Ikebunna was knocked out, the opponent tried to finish him off, but the referee stopped the fight.

For Roland Dunlap, the victory was the second in two fights at the professional level. Obinwa Ikebunna has two wins and two losses.