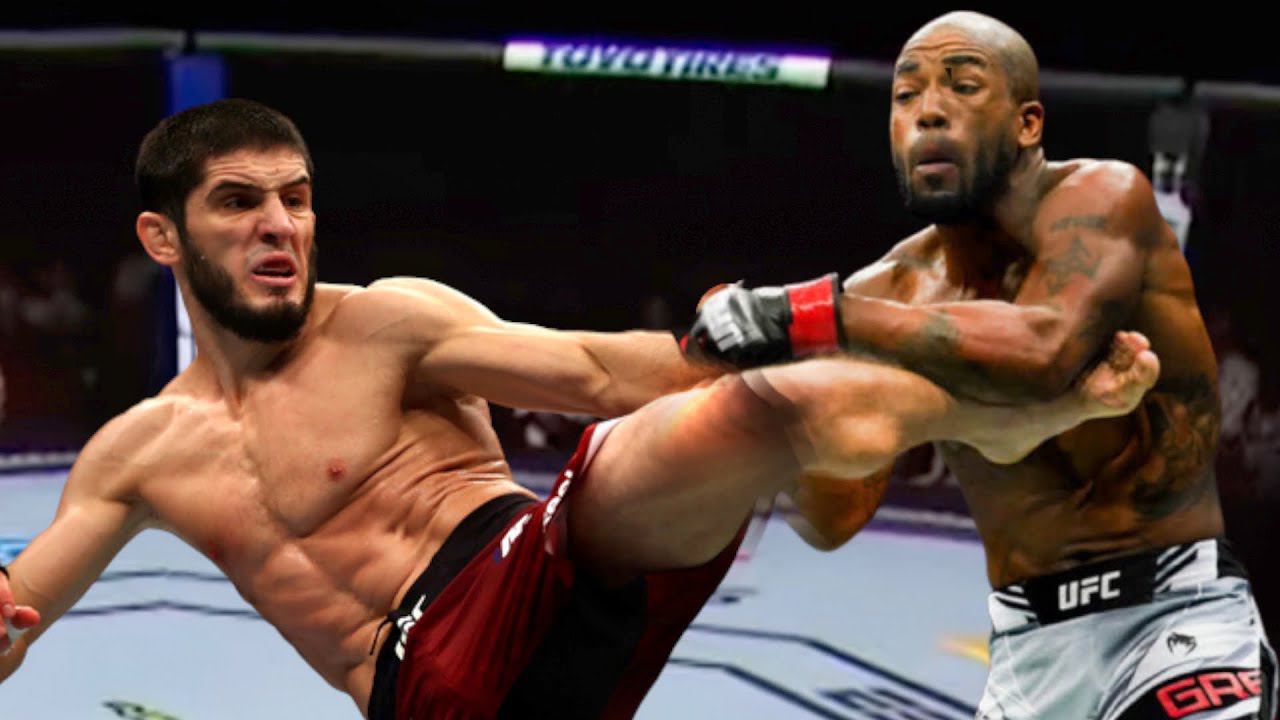 Islam Makhachev closed as the -800 prohibitive favorite against late replacement Bobby Green. Although MMA is an unpredictable sport, the Las Vegas oddsmakers were on the money on that betting line.

Makhachev made short work of Green in the main event of UFC Fight Night 202 at the UFC Apex. To nobody’s surprise, the Russian contender utilized his superior wrestling to take Green down and finish the fight on the ground.

Green, no doubt, was aware of his opponent’s strategy heading into the fight. However, the veteran fan-favorite was unable to stop Makhachev from asserting his game plan early on. Makhachev secured the full-mount position and rained down shots on Green, ending the fight at the 3:23 mark of the opening round.

The outcome of the fight didn’t come as a shock to anybody. Still, MMA Twitter chimed in on their thoughts after Makhachev’s display of dominance.

Daniel Cormier has long proclaimed Makhachev as the rightful No.1 contender in the lightweight division. After snagging a 10th win in a row, ‘DC’ believes Makhachev should definitely be next in line for a title shot.

UFC welterweight champ Kamaru Usman congratulated Makhachev on a job well done. Henry Cejudo, meanwhile, referred to the Dagestani as an “absolute beast” before explaining why wrestling is the most important component of MMA.

Derek Brunson provided a concise summary of the fight. Jamahal Hill, Dan Ige and Jimi Manuwa, on the other hand, heaped praise on Makhachev for his performance.

However, not everyone is convinced Makhachev deserves to fight for the title right away. Bantamweight champion Aljamain Sterling said he’s still interested to see how Makhachev would fare against Beneil Dariush.

UFC lead play-by-play commentator Jon Anik is convinced Makhachev has secured himself a title shot. Anik is of the opinion that a 10th straight win – regardless of who it was against – is enough to warrant a championship opportunity.

On the flipside, Aaron Bronsteter said he still wishes Makhachev had fought Dariush instead. However, he pointed out that none of it was the Russian’s fault.