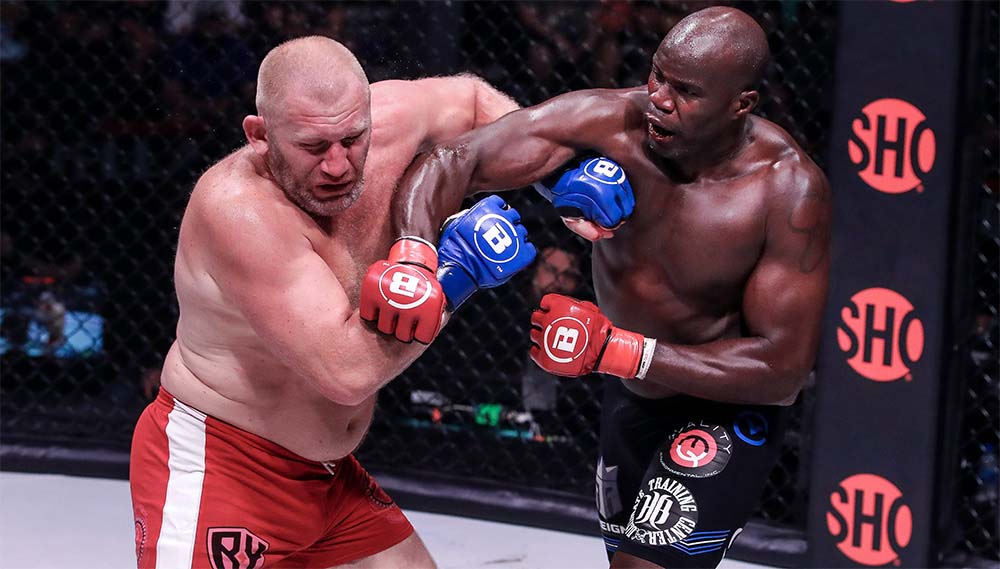 In Sioux Falls, South Dakota, USA, the Bellator 265 tournament took place, in the main event of which 46-year-old French heavyweight Cheik Congo won one of the brightest victories in his career, forcing Russian veteran Sergei Kharitonov to surrender.

The 41-year-old Russian immediately took the initiative in the fight, turning on the pressure and forcing his older opponent to retreat. In the first round, this tactic brought Kharitonov success – he not only sent Congo into a knockdown with a powerful jab, but was also close to an early victory, however, the signal for a break saved the shocked Frenchman.

Kharitonov continued to find his range in the early stages of the second round and stumbled Kongo with a stiff jab, however the tide turned when Kongo found his way to Kharitonov’s back standing in a scramble and began unloading on his 41-year-old opponent with knees and punches.

Kongo then dumped Kharitonov onto the ground with a double-leg takedown and moved to mount, where he went to work with hammerfists and a Hail Mary rear-naked choke attempt. Initially it looked as if Kharitonov would survive to the horn, however Kongo was able to coax the tapout with less than a second to spare to snap the two-fight win streak of Kharitonov and score his first submission win in seven years.

In the night’s co-main event, South Dakota native Logan Storley (12-1) received a hero’s welcome from his hometown crowd only to win an absolute dud of a fight.

Despite being listed as high as a 50-to-1 favorite on some sportsbooks, Storley’s takedowns were seemingly his only offense, and though he dragged welterweight foe Dante Schiro (8-3) to the mat in each of the three rounds, he was unable to do much of anything once he got down there. In the end, Storley landed just 23 strikes over the 15-minute contest and won by the skin of his teeth, taking a split decision by 29-28, 28-29, and 29-28 scores.

“I’m sorry,” Storley told his hometown faithful. “That’s not what you used your hard-earned money to come watch, and I get it. And I apologize to each and every one of you for that performance. I’m embarrassed.

“I want (Bellator welterweight champion Yaroslav) Amosov, but I don’t have much of an argument after a performance like that. But I know I can take him into deep waters. I think I’m better than him. I respect him. I didn’t show it in there tonight, but that’s who I want — I want to be world champ.”

Elsewhere on the night, UFC veteran Marcelo Golm (9-3) announced his presence in Bellator with a thunderous showing in his debut.

Golm destroyed fellow Bellator newcomer Billy Swanson (4-2), downing Swanson with a ferocious barrage of strikes in the opening round. The finishing sequence was a thing of beauty, as Golm blasted Swanson with a standing knee to the head, then unloaded with a slew of punches that forced referee Mike Beltran to intervene at 4:57 of Round 1.

Golm went just 1-3 in his UFC run from 2017-19 — and notably lost to current Bellator heavyweight contender Timothy Johnson — but he’s since rebounded to win three consecutive fights culminating in his successful debut at Bellator 265.

Following his win, Golm called out undefeated Bellator heavyweight Steve Mowry, a Sanford MMA product who has won all five of his Bellator appearances via stoppage.

In the opening bout of Friday’s main card, Jornel Lugo (7-0) cemented himself as a name to watch in Bellator’s bantamweight division with a sensational win over Keith Lee (7-5).

Everything was working for Lugo. He knocked down Lee with a stiff jab in the early going and threatened with an anaconda choke, but his real masterstroke came in the final seconds of the opening round when he jumped onto a tight rear-naked choke and forced referee Bobby Wombocher to wave off the action after watching Lee stumble to his corner between rounds.

Upon first glance, Lee appeared to survive to the end of the round, however subsequent replays showed that Lee was unconsciousness and only popped back to life after Lugo let go of the choke.

Afterward, Lugo called for a spot in a potential Bellator bantamweight grand prix and challenged Bellator champion Sergio Pettis to an opening round matchup.

All Bellator 265 results below. 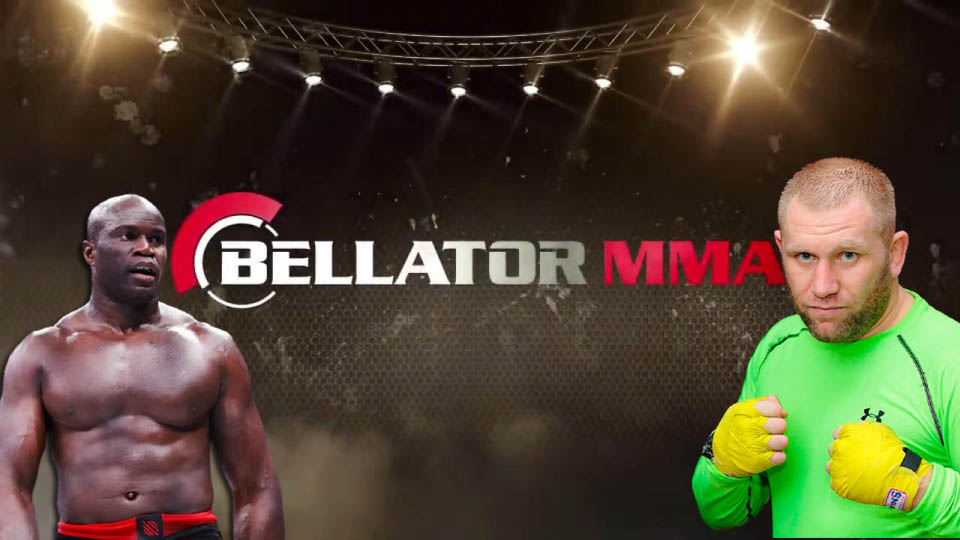