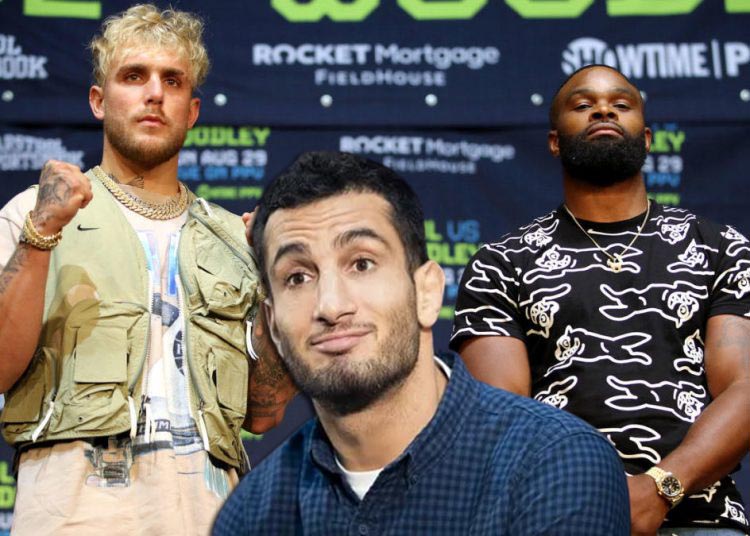 Bellator middleweight champion Gegard Mousasi of the Netherlands believes that former UFC champion Tyron Woodley will not be able to oppose anything to the famous video blogger Jack Paul during their boxing fight. According to Gegard, Tyrone has lost all the last fights in MMA and his age will not allow him to adequately resist the young Sex.

Mousasi considers the move to Showtime to be a positive one. And one of his reasons? The 36-year-old MMA veteran wonders if there could potentially be “opportunities for boxing” in his future with the partnership between Bellator and Showtime already in full swing.

“Everyone is doing it, so if they give it to me, why wouldn’t I do it?” Mousasi said this week on MMA Fighting’s What The Heck. “I always wanted to do boxing.”

Gegard Mousasi (47-7-2) has experience as an amateur boxer from his teenage years, having briefly competed on the Dutch national team prior to his transition to kickboxing and ultimately MMA.

Of course, Showtime is one of the industry leaders in the boxing business — and one particular star of theirs has an interest in MMA fighters: Jake Paul. Paul has already delivered a big payday for former Bellator champion Ben Askren and is now slated to do the same for former UFC champion Tyron Woodley on August 29.

Mousasi doubts he’ll ever get on Paul’s radar, but if he did get the chance, he’d be happy to lace up his 10-ounce gloves and climb back into the ring with the undefeated 24-year-old.

Paul is currently 1-0 against former MMA champions. His fight against Askren lasted less than two minutes and ended in a first-round knockout.

And though Woodley may be a more accomplished striker than Askren, Mousasi doesn’t expect the 39-year-old to fare much better against Paul when the two face off in Cleveland.

“To be honest, no,” Mousasi said with a laugh. “You know, Tyron Woodley is 40, he has lost all of his [recent] fights. They chose him because he’s a short guy, he’s not a boxer. I don’t know why people think he can box. Who said Tyron Woodley is a boxer?

“He has one right hand with a small glove. One-hundred percent, it’s not going to go well for him. But it’s going to make money and I wish him well, and I don’t have anything against Tyron Woodley. But let’s be honest, they didn’t choose him because he’s going [win]. Jake Paul chose him because he thinks he’s beatable.

“Nothing against Tyron Woodley,” Mousasi added with another laugh.