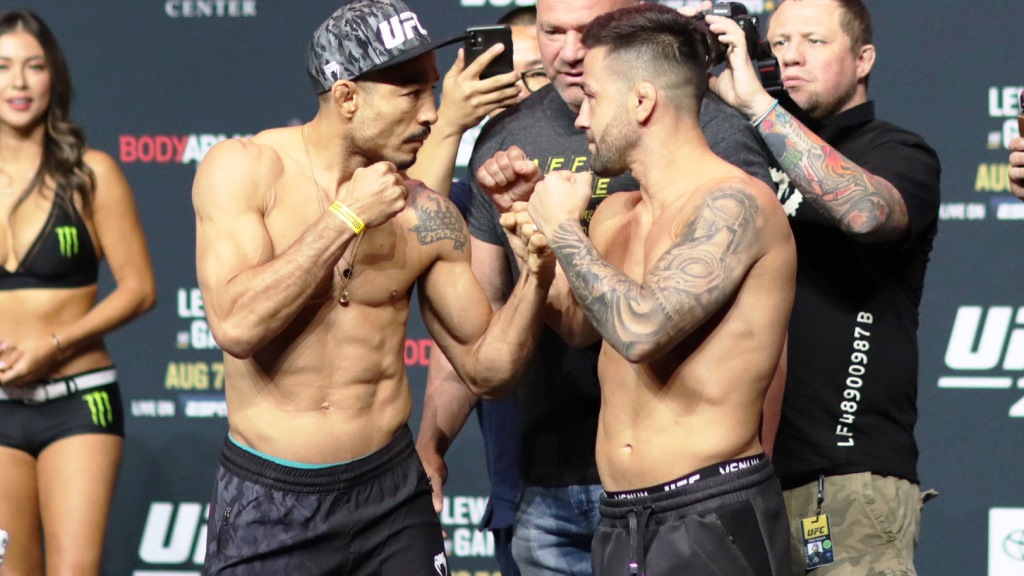 Former UFC featherweight champion Jose Aldo said that he was satisfied with his performance in a fight with Pedro Munhoz at the UFC 265 tournament, in which he won by unanimous decision.

“I think it was a good performance. I’ve been preparing hard for this. I respect Pedro, he is a great fighter. I respect his entire American Top Team. We had fun, it was a good fight, and I’m happy.

I think, first of all, the key to victory was my speed. I actively worked on boxing with Marines in Brazil. Today I tried to apply it in a duel, and I think it worked.

Before the third round, I was a little worried about the fact that the score could be 1: 1. I had such thoughts, so I tried to knock him out. I specifically turned on in the third round, started attacking harder and faster. But, as I said, Munoz is a great tough fighter, so he was able to withstand all my blows and fight back to the end, “ Jose Aldo said in an interview with ESPN.