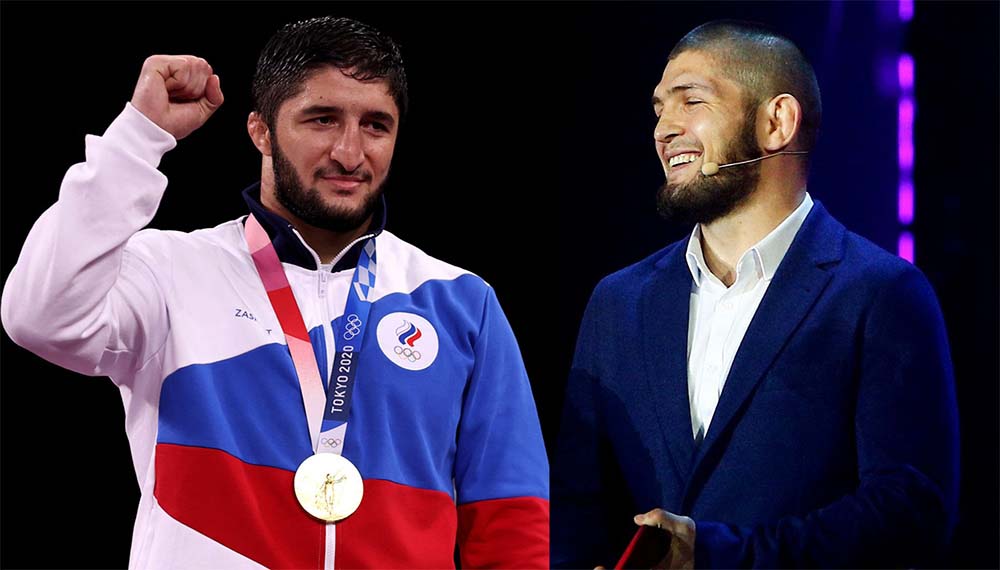 The former UFC lightweight champion, Khabib Nurmagomedov, congratulated his compatriot Abdulrashid Sadulaev on the successful performance, who won the gold medal in freestyle wrestling in the weight up to 97 kg at the Olympic Games in Tokyo, defeating American Kyle Snyder 6-3 in the final.

“Congratulations to Abdulrashid Sadulaev,” the undefeated Russian fighter Khabib Nurmagomedov wrote on Instagram. “Once again proved that he is the best in his field”

A few days earlier, Nurmagomedov put Sadulaev on the first place in the list of his favorite wrestlers, giving the second line to Magomedhabib Kadimagomedov representing Belarus, and the third to the Iranian Hassan Yazdani.

It should be noted that 25-year-old Abdulrashid Sadulaev becomes an Olympic champion for the second time – in 2016 at the Olympics in Rio de Janeiro, the “Russian Tank” won gold in the weight up to 86 kilograms.