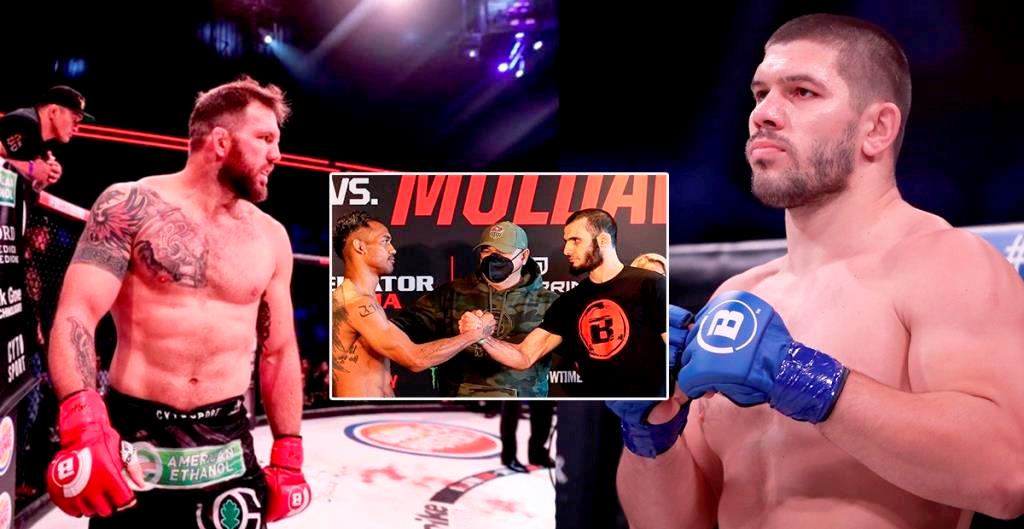 Bader (28-7 MMA), the promotions reigning heavyweight champion, will be returning to the division for the first time in twenty-eight months. ‘Darth’ has spent his last three contests competing at light heavyweight, where he went 1-2, this while dropping the 205lbs title to Vadim Nemkov.

Henderson (28-11 MMA) will be looking to snap the first three-fight losing streak of his career this evening in Phoenix. ‘Bendo‘ last competed back in October, where he suffered a decision loss to Brent Primus.

Meanwhile, Islam Mamedov (20-1-1 MMA) made his Bellator debut last July, where he earned a split-decision win over the aforementioned Brent Primus. The Russian standout is currently sporting a nineteen-fight undefeated streak.

Get all of tonight’s results and highlights below (refresh for updates):