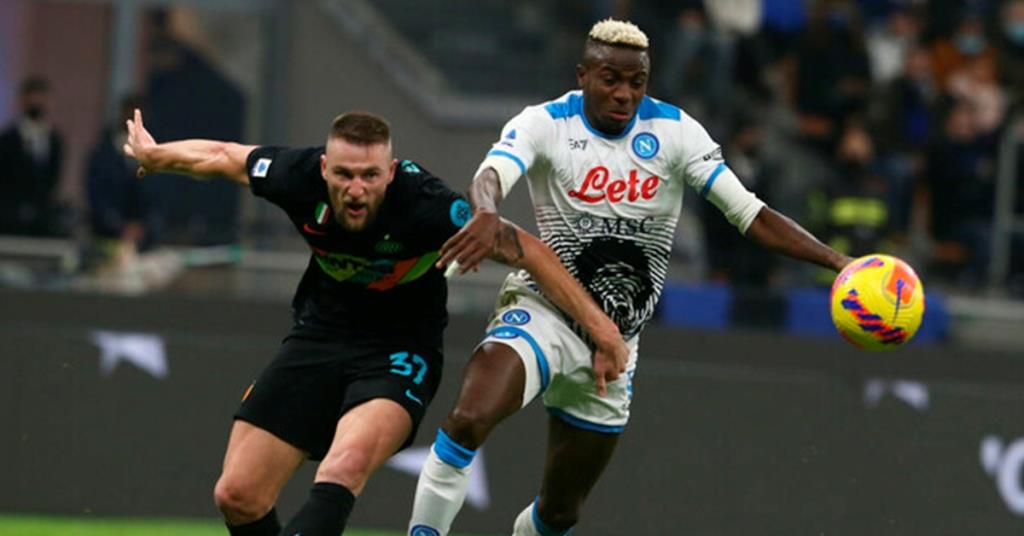 Napoli warmed up for a tough month ahead with a 2-0 win over Venezia, making it four straight Serie A (SA) victories ahead of this clash against the reigning champions.

Defensive nous could once again be the difference, but at least Luciano Spalletti prepares to face his old employers with the Neapolitans possessing a league-high 13 clean sheets.

Impressively, 12 of those shutouts translated to wins, and Napoli have reason to hope for another as they also enjoy an impressive recent 15-game H2H home record against Inter Milan (W9, D5, L1). That said, they also find themselves vulnerable to falling to only a second league double of H2H losses this century, after losing the reserve fixture 3-2.

Inter travel with confidence after reaching the Coppa Italia semi-final, but a 2-1 derby loss to AC Milan last weekend despite scoring first sees the ‘Nerazzurri’ risk losing consecutive SA games for the first time since March 2020.

A repeat of that might see them drop out of the top two, but you would have to go back to May 2015 to find the last time they lost successive SA matches after scoring first.

A quick start could be on offer from Inter, as four of their last six SA away match openers have arrived at or before the 15th minute. The visitors’ recent six-game away league form (W4, D2) also further fuels belief, especially with Simone Inzaghi’s men conceding just once during this phase, compared to eight times in the five SA away games prior.

Players to watch: Victor Osimhen has scored Napoli’s first goal in each of his last five goalscoring league outings (W5) but looking to steal his thunder will be Lautaro Martínez, who has netted Inter’s last goal in five of his previous six goalscoring SA games, each time helping secure a win.

Hot stat: Twelve of the last 16 SA H2Hs have seen under 1.5 first-half goals.