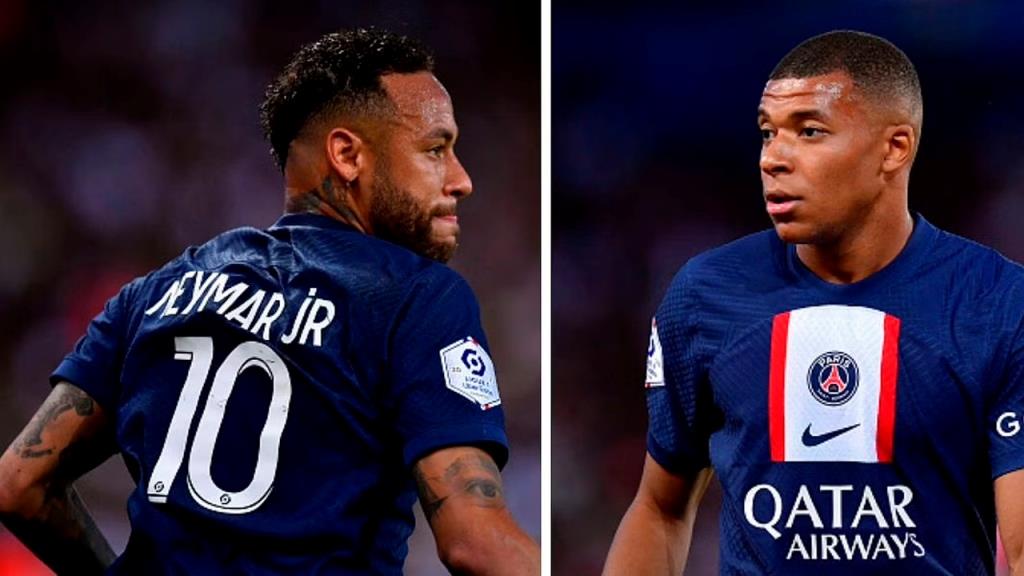 Paris Saint-Germain (PSG) superstar Neymar appears to have expressed his frustration over being the second-choice penalty taker for the Parisians on social media.

PSG continued their fine start to the season, beating Montpellier in Ligue 1 on Saturday (August 13). They steamrolled past Olivier Dall’Oglio’s side as they handed them a 5-2 thrashing.

Falaye Sacko’s own goal opened the scoring for Christophe Galtier’s side in the first half. Neymar (X2), Kylian Mbappe and Renato Sanches went on to add to Montpellier’s woes. Wahbi Khazri and Enzo Gianni Tchato Mbiayi netted for La Paillade.

Neymar, who has now scored and assisted three goals each in two Ligue 1 games this term, thus maintained his fine form. However, Saturday’s match seemingly was not entirely pleasant for him.

The Brazil international scored his first goal of the night from the penalty spot. However, it is worth noting that Mbappe was preferred over him when Galtier’s side earned a spotkick earlier in the match.

PSG’s decision to allow the France international to take the penalty when the Brazilian was on the pitch appears to have upset him. The 30-year-old lodged his protest by liking a post on Twitter that reads:

“Now it’s official, Mbappe is the one who takes the penalties at PSG. Clearly, this is a contract thing because, in no club in the world that has Neymar would he be the second taker, none! It seems that because of the contract, Mbappe is the owner of PSG!”

The forward seemingly clarified his stance by interacting with two other similar tweets. One of the posts, by @portalbrasilfut, reads:

“Today, in the PSG game, Neymar scored and humiliated the goalkeeper (once again) in the penalty kick. Mbappe, on the other hand, hit very badly and missed. After the game, the coach said that Mbappe will be the team’s main taker for the season. An absurdity!”

The third tweet in question hailed the former Barcelona forward as the best penalty taker in the world.

Galtier was questioned about his preferred penalty taker after the victory over Montpellier. He revealed that Mbappe was his first-choice option for the match, while the Brazilian was second in the pecking order. He told a press conference:

“The penalty? The order was respected for this match! Kylian was in 1, Ney was in 2. Things were respected”

It is worth noting that Neymar scored a penalty for the Parisians in their 4-0 win against Nantes in the Trophee des Champions last month. Mbappe was not in the squad for that match.

It now remains to be seen if the Brazilian’s actions will lead to problems at the Parc des Princes. 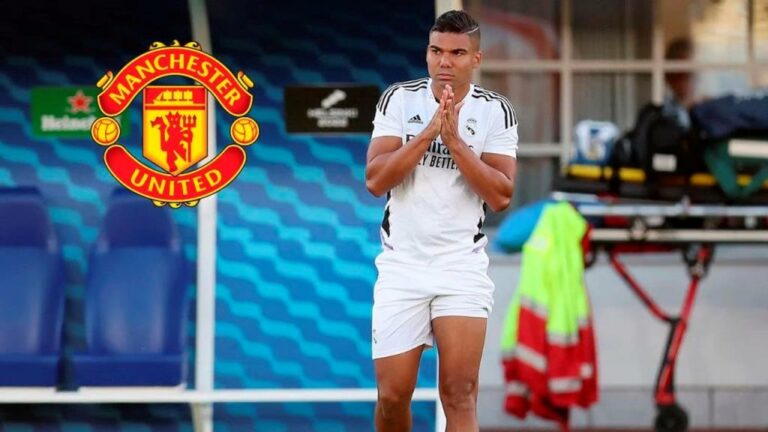 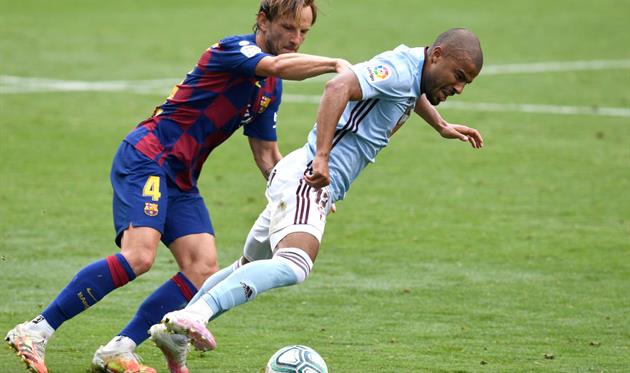 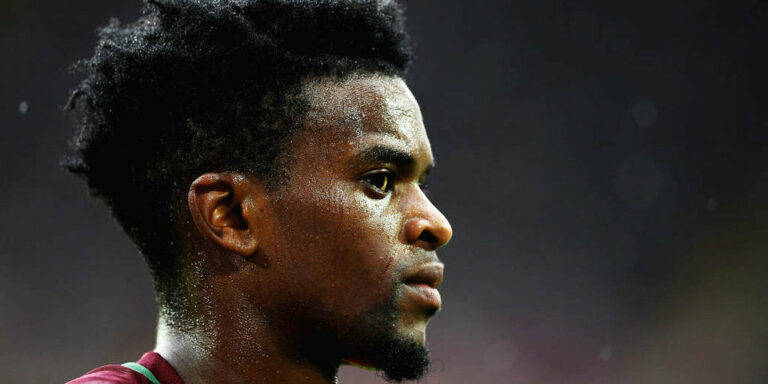 [vc_row][vc_column][vc_column_text] Due to violation of social distance at a party According to media reports, the leadership of La Liga prohibited the defender of “Barcelona” Nelson Semed to participate in team training on Thursday due to violation of the rules of social distance. [/vc_column_text][vc_raw_html]JTNDc2NyaXB0JTIwYXN5bmMlMjBzcmMlM0QlMjJodHRwcyUzQSUyRiUyRnBhZ2VhZDIuZ29vZ2xlc3luZGljYXRpb24uY29tJTJGcGFnZWFkJTJGanMlMkZhZHNieWdvb2dsZS5qcyUyMiUzRSUzQyUyRnNjcmlwdCUzRSUwQSUzQyUyMS0tJTIwMzYwJTJBMjgwJTIwLS0lM0UlMEElM0NpbnMlMjBjbGFzcyUzRCUyMmFkc2J5Z29vZ2xlJTIyJTBBJTIwJTIwJTIwJTIwJTIwc3R5bGUlM0QlMjJkaXNwbGF5JTNBaW5saW5lLWJsb2NrJTNCd2lkdGglM0EzNjBweCUzQmhlaWdodCUzQTI4MHB4JTIyJTBBJTIwJTIwJTIwJTIwJTIwZGF0YS1hZC1jbGllbnQlM0QlMjJjYS1wdWItNTExMzgyNjg4NTA4ODUzOCUyMiUwQSUyMCUyMCUyMCUyMCUyMGRhdGEtYWQtc2xvdCUzRCUyMjUyMDU3NDAwODElMjIlM0UlM0MlMkZpbnMlM0UlMEElM0NzY3JpcHQlM0UlMEElMjAlMjAlMjAlMjAlMjAlMjhhZHNieWdvb2dsZSUyMCUzRCUyMHdpbmRvdy5hZHNieWdvb2dsZSUyMCU3QyU3QyUyMCU1QiU1RCUyOS5wdXNoJTI4JTdCJTdEJTI5JTNCJTBBJTNDJTJGc2NyaXB0JTNF[/vc_raw_html][vc_column_text]It is reported that the 26-year-old Portuguese attended a party attended by another… 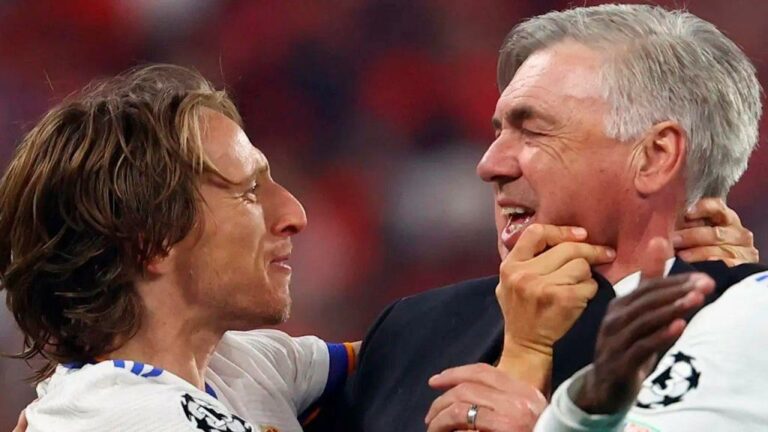 As the transfer window closes, Real Madrid has made it clear that there will be no new incoming players. The only ones brought in this summer were Aurélien Tchouameni and Antonio Rudiger. While both players have instantly hit the ground running, these are the biggest Real Madrid personnel questions for Carlo Ancelotti. New and Old… 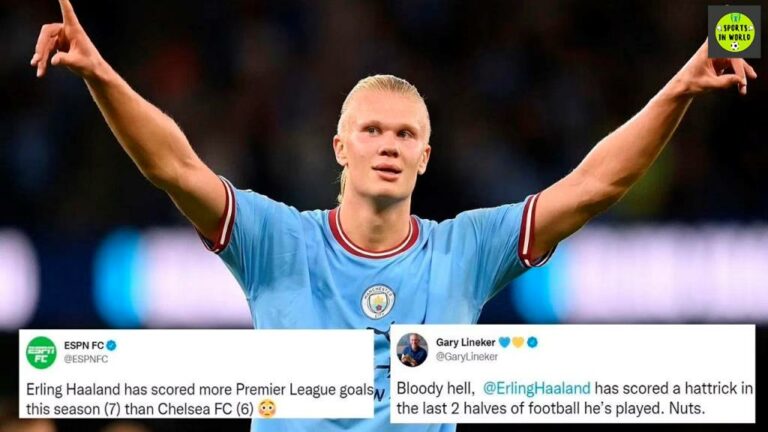 Erling Haaland and Manchester City most likely have three points in the bag against newly-promoted side Nottingham Forest as they sat 3-0 up before the half-time whistle. The indomitable forward scored a remarkable first-half hat-trick against Forest, and Twitter erupted in response. After the Norwegian’s move to the Etihad Stadium was announced, many wondered if… 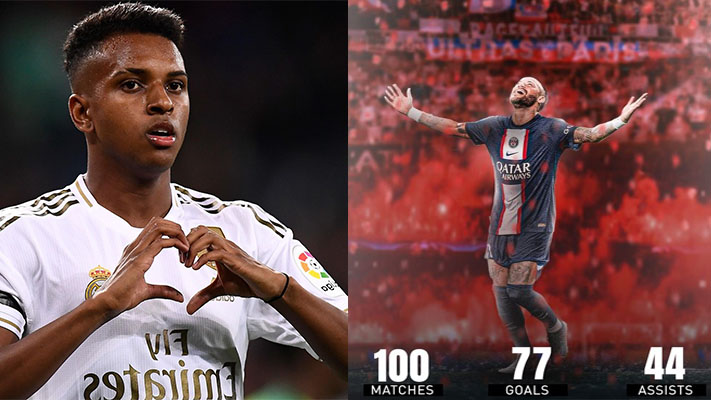 Real Madrid starlet Rodrygo Goes has said that Paris Saint-Germain (PSG) superstar Neymar is a player that he reveres, claiming him to be an inspiration for his professional career. Rodrygo, who joined Real Madrid from Brazilian side Santos in 2019, has grown by leaps and bounds in the last three seasons. Becoming a key first-team…