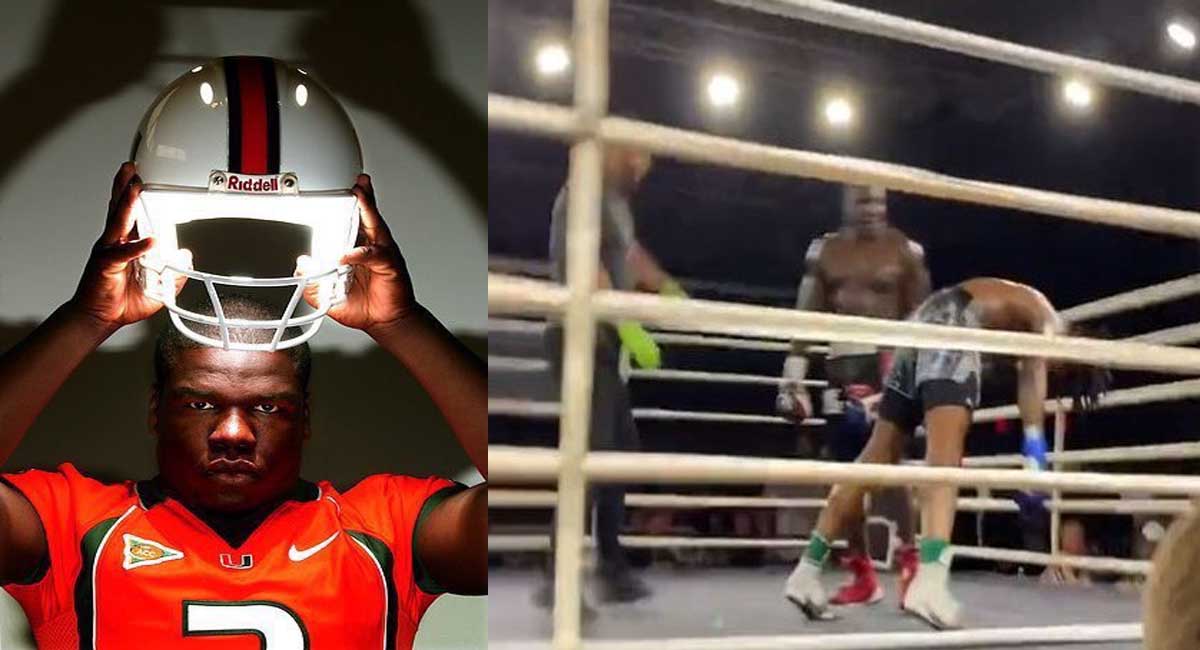 Frank Gore, the former great running back, made his pro boxing debut Saturday in Biloxi, Mississippi, and ended it in stunning fashion.

It was the fourth round when Gore delivered the right that turned out the lights on Olorunsola at a Gamebred Boxing event,

Former NFL running back Frank Gore made his professional boxing debut on Saturday, facing Yaya Olorunsola at Gamebred Boxing 1. Gore lost an exhibition to former NBA player Deron Williams in December but stuck with the sport to turn pro.

Frank Gore connected with a vicious flurry of punches against Olorunsola, knocking him out cold and sending him crashing face-first into the canvas. Gore has the third most yards in NFL history but now can add a professional boxing victory to his already impressive resume of sporting accomplishments.

Gore (1-0, one knockout) landed a solid 1-2 combination and followed with a second right cross that turned out the lights on Orlorunsola.

The NFL’s third all-time leading rusher, Gore announced recently that his football days would officially be coming to a close soon.

Not long after that, the announcement was made that he would make his pro debut Saturday, which was also his 39th birthday.

Gore is a 16-season NFL veteran who played for five teams (the San Francisco 49ers, Indianapolis Colts, Buffalo Bills, Miami Dolphins and New York Jets) and churned out 16,000 yards rushing in his career, which falls behind only Emmitt Smith and Walter Payton in the league history books. Gore hasn’t played since the 2020 season with the Jets, though.

This was Gore’s professional debut in the boxing ring, but not his first boxing match, nor his most high-profile bout.

Check out how NFL legend Frank Gore brutally knocked out his opponent in his boxing debut below: