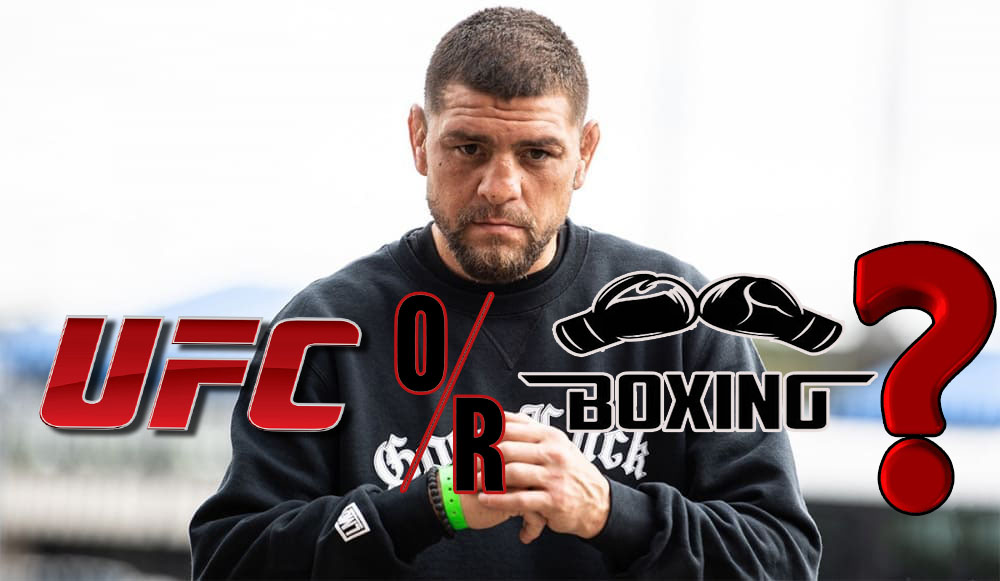 Nick Diaz has once again teased a potential comeback.The elder Diaz brother hasn’t fought since his no-contest with Anderson Silva at UFC 183 in 2015. Now 37, Diaz has an idea of when he’d like to return, according to his coach – and it’s not guaranteed to be in the UFC or MMA.

“We were looking at September,” Cesar Gracie told MMA Fighting regarding Diaz’s possible comeback. “I have to see where he is in his contract. It is possible that his next fight will not be in the UFC. Nick is very open to take a fight in MMA or boxing.”

MMA Fighting followed up on coach Cesar Gracie’s comments by noting that per sources Nick Diaz is still a part of the UFC.

Come October 2021, it will have been 10 years since Nick Diaz last picked up a victory in combat sports. That being his initial return to the promotion at UFC 137 when defeating BJ Penn in the main event via unanimous decision. Afterward, Diaz dropped two in a row against Carlos Condit and Georges St-Pierre in title tilts before meeting the aforementioned Silva.

Diaz’s younger brother, Nate, most recently made a return of his own after a much shorter layoff. Competing at UFC 263 opposite Leon Edwards, Nate fell short losing four to one on all three judges’ cards.

Nick Diaz getting into boxing would be nothing new in the current era. 2020 to 2021 has featured several MMA fighters trying their hands in the squared circle – including Silva who is the lone fighter to have won. Additionally, welterweights Ben Askren and Tyron Woodley have looked and are looking to take out Jake Paul, while Vitor Belfort will welcome back Oscar De La Hoya.

Combat sports in 2021 have arguably been more unpredictable than ever.