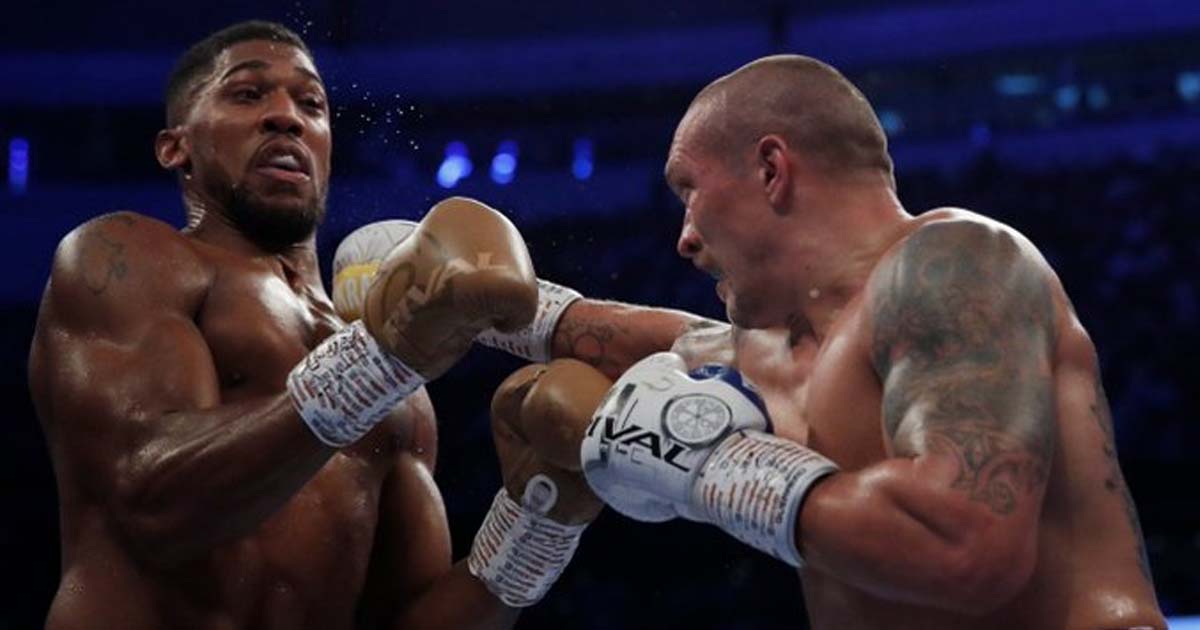 The Oleksandr Usyk vs Anthony Joshua rematch reportedly now has a new planned date and could take place ten months on from their first meeting.

It’s claimed that July 23 is the latest target for the fight, which has been planned for several months but faced multiple disruptions.

AJ lost his WBA, IBF and WBO heavyweight world titles to Usyk back on September 25.

Days later, in early October, he activated his contractual rematch clause to force a second fight with the Ukrainian.

Talks began for the rematch, but were then disrupted in January by the proposed step-aside arrangement for Usyk to fight Tyson Fury instead.

Negotiations took place with representatives in Saudi Arabia, who were looking to pay AJ and Fury’s mandatory Dillian Whyte to step aside and allow the two champions to meet in an undisputed showdown next.

Ultimately this all fell through and Fury is now set to face Whyte on April 23, live on talkSPORT.

As a result, Team Joshua’s attentions turned back to Usyk.

However, when Russia invaded Ukraine in February, he returned to his home country and joined Kyiv’s territorial defence forces.

This was confusion for several weeks as to whether the champion would leave the country again to defend his titles, or if AJ would take an interim bout in the meantime.

Then, in late March, Usyk confirmed that he’d left Ukraine to train for the Joshua rematch.

A target date of June 25 was initially floated, but Dan Rafael reports that this is now not likely to happen and the fight is instead being planned for July 23 as things stand – potentially in Saudi Arabia.

This would be almost ten months on from the first fight.