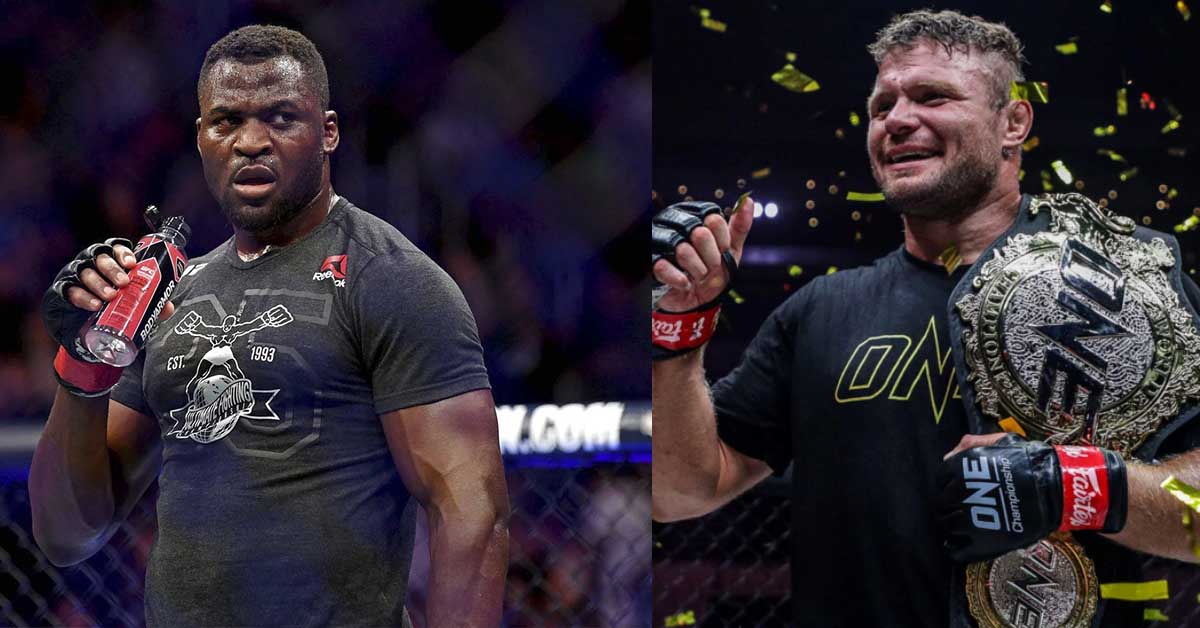 Anatoly Malykhin believes that he is among the best heavyweights in the world. He follows fighters like Francis Ngannou to constantly measure his place among the competition.

In a recent interview with ONE Championship, the newly crowned ONE interim heavyweight champion shared that he’s not limiting himself to the competition available to him at the moment:

“Francis Ngannou is a great fighter. He has strong punches, and he’s physically strong. I follow all top heavyweights around the world, it doesn’t matter what promotion they fight in. It is my job to know them all. Fighters’ lives are unpredictable and one day, who knows, we might meet inside the ring. You don’t become a champion just like that.”

Anatoly Malykhin is undefeated in 11 professional MMA fights, finishing all of his opponents. Meanwhile, Ngannou is riding a six-bout win streak during which he won the UFC heavyweight championship. Like Malkyhin, Ngannou has constantly found ways to finish his opponents.

As such, ‘Sladkiy’ believes that meeting Ngannou for a match would be a challenge for both fighters. However, given their current circumstances, making their match happen is completely out of their hands:

“It would be a test for him if we met. If the two promotions agreed, if Chatri and Dana agreed, I would definitely do it. In my training and in life, I always try to challenge the strongest.”

Before Anatoly Malykhin looks outside of the promotion, he first needs to at least clean out his yard. The first item on his agenda: crowning an undisputed world champion between him and Arjan Bhullar.

The Indian-Canadian made history not only by being the first man to dethrone Brandon Vera as the ONE heavyweight world champion but also as the first MMA world champion of Indian descent. However, a contract dispute has prevented Bhullar from making his first world title defense.

During this time, Malykhin has constantly called him out and called him a “chicken” for not accepting an offer to fight him. After winning the interim world title at ONE: Bad Blood, a match between Malykhin and Bhullar is imminent.

Earning the distinction of being the best heavyweight in ONE Championship can certainly make Anatoly Malykhin a more appealing challenge for Ngannou. It only adds more fuel to the Russian’s desire to beat the best in the world.

Israel Adesanya explains how different Francis Ngannou is from his intimidating appearance: “He is a gentle giant”