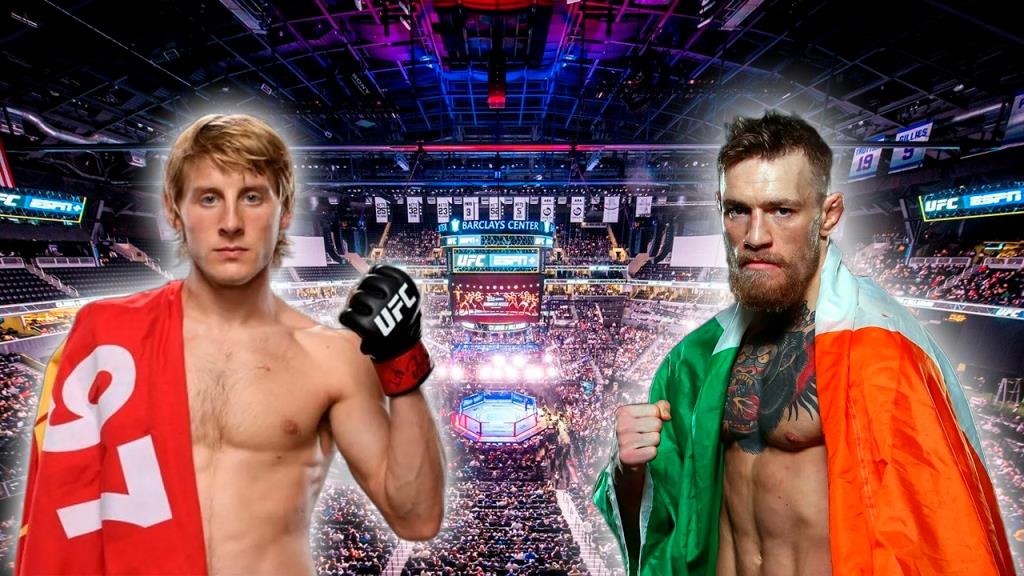 While answering questions from fans, Paddy Pimblett recently expressed interest in a potential clash against Conor McGregor down the line, insisting that you never know what can happen in the sport of mixed martial arts.

‘The Baddy’ has been tearing his way through the 155lb division, collecting three wins from three appearances inside the octagon.

The Scouser has shown on multiple occasions that he’s able to compete wherever the fight takes place and looks like a promising talent in one of the most stacked divisions in the sport.

Addressing the possibility of a matchup with MMA’s most iconic figure during a video uploaded to his YouTube channel, Paddy Pimblett noted that he’d fight anyone, including Irish superstar McGregor.

“You never know, I could end up fighting him [Conor McGregor]. We’ll see, you don’t know what the future holds. Obviously, if someone said will you fight him, of course I’d fight him. [It] goes without saying, I’ll fight anyone.”

After Conor McGregor hit a rough patch in his MMA career, losing three of his last four outings and earning just one win since 2016, a fight between the unranked Liverpool native and the No.12-ranked former champ-champ may not be too unrealistic.

Paddy Pimblett expects to get back into fight camp and compete in the cage once more this year, with reports suggesting he may be called upon for the UFC pay-per-view in December.

Conor McGregor is without a doubt the biggest name to ever compete inside the UFC, but at this stage in his career, does he have enough about him to overcome the challenging prospect of Paddy Pimblett?

The 34-year-old prides himself on his elite-level striking and finishing ability, but he would be stepping in against a man yet to lose by knockout throughout his 22-fight career.

Pimblett is known to be a well-rounded brawler who possesses fantastic grappling ability, something he could utilize against the Dubliner to come away with the victory.

One major problem the Next Gen athlete has is his tendency to keep his chin high when striking, which is something McGregor would likely easily expose.

What’s certain is that if the two ever fought, it would be one of the biggest fights in the promotion’s history and a highly anticipated war between the two would guarantee not to disappoint.

Check out the full video below: