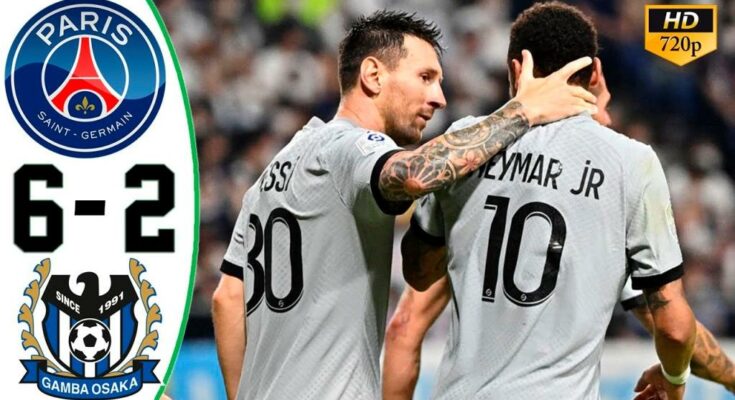 Paris Saint-Germain (PSG) manager Christophe Galtier wasn’t happy with his side conceding twice in their 6-2 win over Japanese side Gamba Osaka on July 25. He urged his side to be tougher and more structured on the pitch.

The Parisians played their fourth pre-season friendly against Gamba Osaka, having won all three previous matches.

They started well, with Pablo Sarabia and Neymar Jr. making it 2-0 within 32 minutes before Keisuke Kurokawa scored one for the hosts. Nuno Mendes and Lionel Messi each added a goal to go 4-1 up into halftime.

Hiro Yamami scored for Osaka in between a goal each from Neymar and Kylian Mbappe to make it 6-2 on the night.

Galtier, however, wasn’t impressed with the Ligue 1 champions conceding two goals. He said in a press conference after the match (via PSGhub):

“We conceded two goals, this is too much. We need to be more structured and not disorganized. We weren’t in the right timing. We have to show a tougher face.”

While they conquered Ligue 1 with the best goal difference (54) in the league last season, PSG’s Champions League run perhaps shows the occasional disorganization. They conceded four goals against RB Leipzig over two legs in the group stages, two against Club Brugge and two against Manchester City.

They also conceded a hat-trick against Real Madrid’s Karim Benzema in the final 30 minutes of their Round of 16 second leg fixture. Having led 2-0 up to that point on aggregate, they were eliminated by the eventual champions.

If the Parisians are to win the elusive Champions League trophy, they will need to be better in those situations.