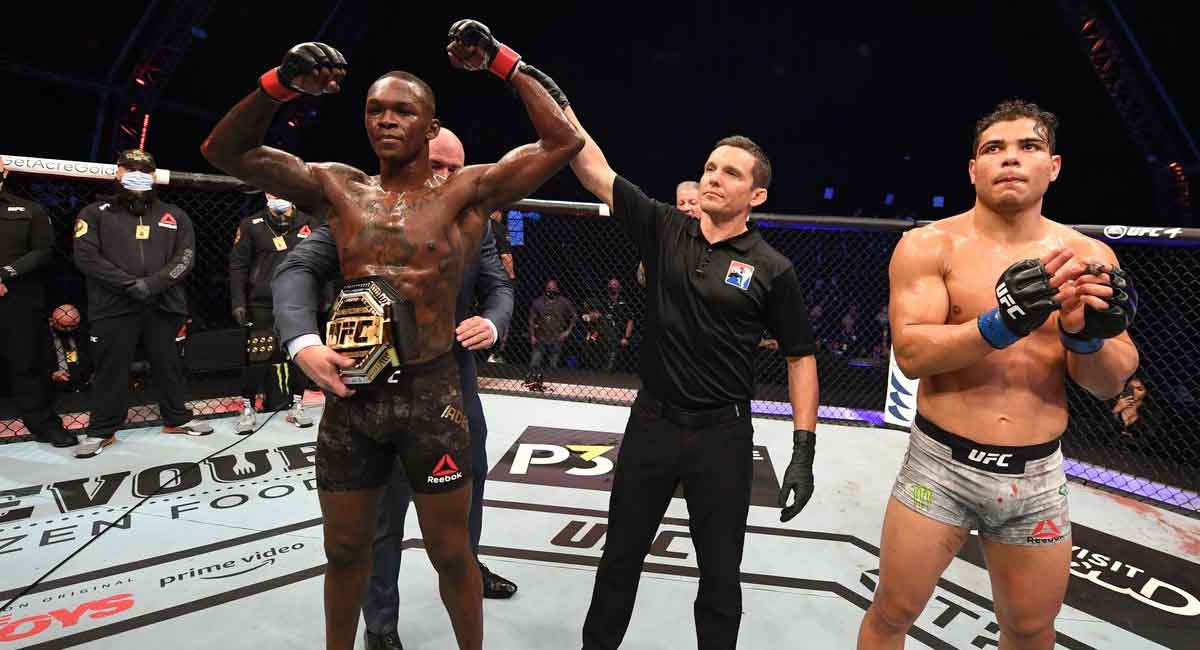 Paulo Costa is aiming for a rematch with current middleweight champion Israel Adesanya in the near future.

Costa faced Adesanya at UFC 253 for the 185-pound title. ‘Borrachinha’ was coming off a five-fight win streak in the UFC at the time and was yet to be defeated in the sport. The Brazilian suffered his first loss via TKO in the second round of the fight.

Since then, Costa has had his fair share of trouble with the promotion regarding his contract. In his last bout against Marvin Vettori, he also showed up to fight week significantly over the middleweight limit, ultimately turning the contest into a light heavyweight fight.

During the post-fight press conference, UFC president Dana White said that Costa would no longer compete at middleweight. However, in a recent interview with Sherdog, Costa had the following to say on his future mission:

“Yeah for sure I am focusing on the fight this time again. On this time, 100% there, I will be 100% there, just focus with no problem on the night before the fight. So, I am on the mission. I am a middleweight and I’m looking very good now. I am in my best condition and I will make 185 with no problems.”

While Paulo Costa is targeting a second crack at gold, Jared Cannonier is gearing up for his own championship challenge.

Cannonier seemingly earned his first title shot with a second-round knockout of Derek Brunson at UFC 271. In the main event of the pay-per-view, Israel Adesanya defeated Robert Whittaker via unanimous decision in a highly-anticipated rematch.

Following his win over Whittaker, ‘The Last Stylebender’ shifted his focus to the “fresh meat” of the division. He once again expressed interest in facing ‘Killa Gorilla’ next.

Discussing how he expects the fight to play out in an interview with Helen Yee, Cannonier said:

“It’s really hard to say right now. All I know without giving up too much of my game plan is that it’s going to be very competitive. More competitive than any other fights that he’s had in the octagon. I’m sure it’s going to be the same thing for me. But I’m going to anticipate less, just answering any of the questions that he’s gonna present to me, answering them with ferocity and I don’t know, any of those pretty words we can add to it, but I feel like he’s gonna have to change his approach, that’s for sure. He’s not gonna be style-bending in there because I plan on neutralizing his game and imposing mine, like I do with any and everybody.”

Although Israel Adesanya has bested almost all of his opponents with his superior striking, Cannonier is unfazed by the prospect of exchanging with him and welcomes the challenge.