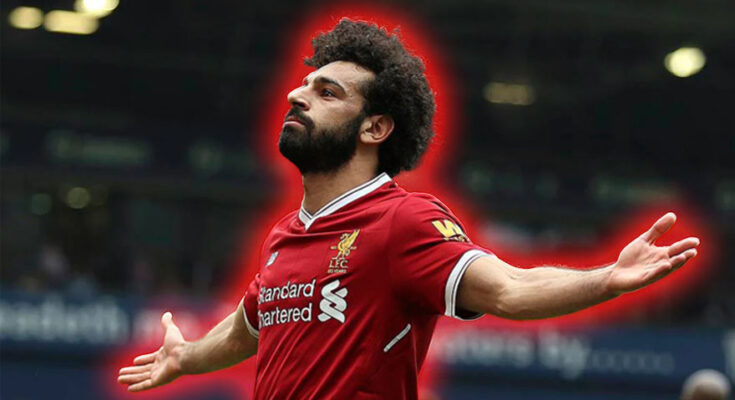 Liverpool superstar Mohamed Salah is close to agreeing to a new deal with the Reds, according to Portuguese journalist Pedro Almeida.

The Egypt international has just one more year remaining on his deal with the Merseyside-based club. The forward’s contract situation at Anfield has led to speculation over his future at the club.

Liverpool are said to be keen to convince Salah to put pen to paper on a fresh deal. However, as the Reds got into the business end of the 2021-22 season, the contract standoff was no closer to being resolved.

With the 2021-22 campaign now officially over, it appears Jurgen Klopp’s side have made progress in their attempts to reach an agreement with the 29-year-old. Recent meetings between the two parties have headed in a positive direction, according to Almeida.

The Portuguese journalist has revealed that Liverpool are edging closer to striking a deal with the former Chelsea winger. He wrote on Twitter:

“Mo Salah’s contract extesion with Liverpool is almost done, last meetings were very positive and the agreement is getting closer.”

Almeida also disclosed that the Reds are preparing for Sadio Mane’s departure this summer by identifying potential replacements. The Anfield outfit are reportedly considering a move for Benfica’s Darwin Nunez, but Manchester United are in advanced talks to sign him. He added:

“Liverpool are ready for Sadio Mane leaving, Darwin Nunez has been evaluated, but the deal with Manchester United is very advanced.”

Like Mohamed Salah, Mane has one more year remaining on his contract with the Reds. However, the Senegal international is set to inform the club of his desire to leave this summer, with Bayern Munich interested in signing him.

How has Mohamed Salah fared for Liverpool?

The Egyptian winger joined the Reds from AS Roma for around £37 million in 2017. He has since gone on to establish himself as an integral part of Klopp’s team.

Salah has scored 156 goals and provided 63 assists from 254 appearances across all competitions for the Anfield outfit. He has also helped them win six trophies, including the Premier League and UEFA Champions League.

The 29-year-old was also in fine form for the Merseyside-based club during the recently-concluded season. He netted 31 goals and claimed 16 assists in 51 matches and played a key role in the team’s EFL Cup and FA Cup wins.