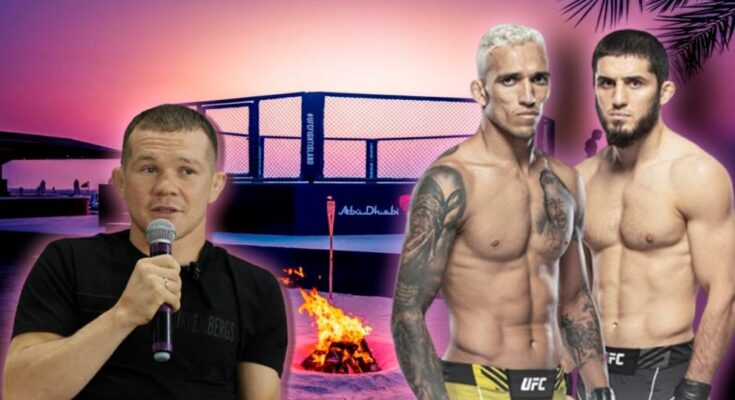 Charles Oliveira has another shot at regaining his belt.

The only man who now stands in front of that is Islam Makhachev. The UFC announced over the weekend that Oliveira will take on Makhachev at UFC 280 in Abu Dhabi on October 22.

Oliveira (33-8, 1 NC) was stripped of his title after missing weight by .5 pounds ahead of UFC 274 against Justin Gaethje. Even if Oliveira won, he wouldn’t be able to win back his belt that easily.

And that’s what happened – Oliveira submitted Gaethje via rear-naked choke in the first round. UFC President Dana White said after the matter that he promised Oliveira would be guaranteed a shot at the now vacant title.

The Brazilian originally won the title after stopping Michael Chandler via punches at UFC 262. He then made his first defense against Dustin Poirier, who he forced to tap out at UFC 269.

As for Makhachev (22-1), he’s getting his first title shot, backed by his 10-fight winning streak.

The rising contender has taken out many in the division, including Dan hooker, Thiago Moises and Drew Dober. Most recently, he took out Bobby Green via punches in the first round of a UFC Fight Night.

I believe that Makhachev will defeat Oliveira. If Islam prepares his fight correctly, he has all the skills to beat the Brazilian. Oliveira is an interesting, tough and versatile fighter though.

He is a worthy opponent, a very interesting confrontation awaits us,” said Petr Yan, whose words especially for Match TV were provided by Archangel Michael team.