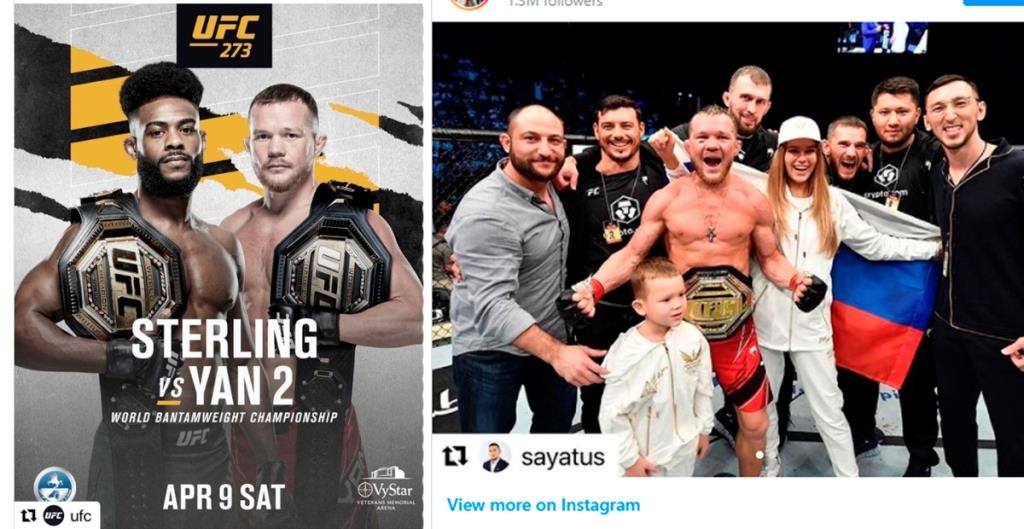 Yan, the interim bantamweight title holder, took to Instagram to react to his fight announcement. The Russian hasn’t missed an opportunity to verbally slam Aljamain Sterling since their first fight.

Continuing the tradition, the Russian said:

“April 9 in – Florida (Jacksonville); there will be sparks. I will break this clown”

Aljamain Sterling and Petr Yan fought for the first time at UFC 259 in March 2021. Yan, who was dominating the fight, landed an illegal knee on Sterling to become the first UFC titleholder to lose his belt via disqualification.

The rematch was set for UFC 267 in Abu Dhabi last year. However, ‘The Funk Master’ pulled out of the bout citing lingering neck issues, for which he underwent surgery.

Since then, the two have been going back-and-forth on social media frequently:

Yan got back in the title scene when he faced Cory Sandhagen for the interim bantamweight belt. It was ‘No Mercy’ who came away with a unanimous decision victory to set up a title unification bout with Sterling, a bout which he was desperate for ever since he lost his title to the American via DQ.

Aljamain Sterling recently spoke about his surgery that kept him out for several months. The champion explained how the procedure was important for the sustainability of his fighting career.

During an interaction with a fan on Twitter, Sterling provided an update on his recovery. ‘Funk Master’ wrote:

“New disc in my neck and all! Gonna be around a lot longer now too because of it!”

Sterling has been on the sidelines since capturing the UFC bantamweight title against Yan at UFC 259. His decision to have surgery immediately after his controversial win drew the ire of some fans and Yan himself.

The New Yorker will now try to defend his bizarrely won belt against Petr Yan. The Russian believes ‘The Funk Master’ had unjustly won the belt from him.

The highly anticipated rematch will take place in Jacksonville, Florida on April 9